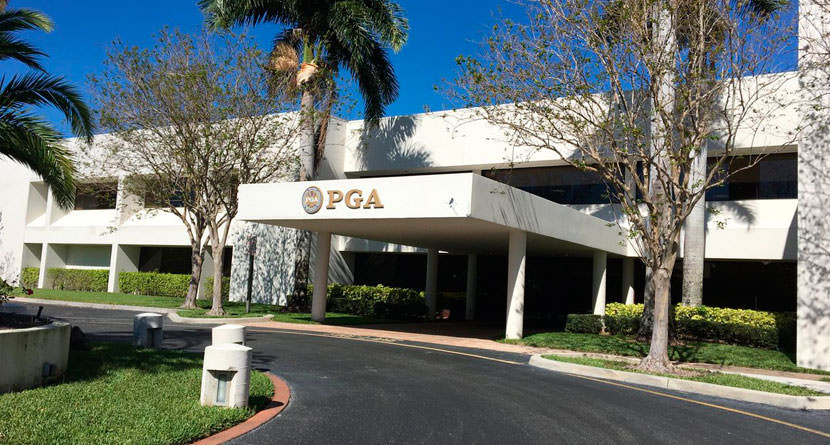 One of golf’s most influential institutions is on the move.

According to multiple reports, the PGA of America is leaving its South Florida home for the Lone Star State.

Golf.com’s Art Striklin had the scoop.

In a top-secret project nearly five years in the making, the PGA of America is poised to move its national headquarters from West Palm Beach, Fla., where it has been since 1965, to the new Panther Creek development in Frisco, Texas, just north of Dallas, according to multiple PGA of America officials involved in the project.

The move would radically reshape the golf landscape in North Texas and is likely to provide Texas its first major championship in more than 50 years.

Two new 18-hole semi-public courses are part of the plan — one designed by Gil Hanse, the other by Beau Welling. PGA officials said Hanse would be responsible for delivering a championship course, slated to open by 2020, with the intent of it playing host to the PGA’s marquee events, including the PGA Championship and the Ryder Cup.

On Thursday the PGA of America indicated that it has not finalized any plans about where the organization will ultimately land, noting in a statement to the media: “Last year we issued a request for proposal to a number of markets that are potentially well suited and interested in developing a new headquarters campus for us. The due diligence phase is ongoing and no decisions have been made.”

The project, should it move ahead, also calls for a nine-hole short course by Welling, plus an extensive PGA Teaching Academy.

The PGA Championship’s move to the spring, which begins next year, would enable the PGA to take the PGA Championship to Texas. PGA of America Chief Operations Officer Darrell Crall has said that part of the appeal of moving the event to May is that it opens up a new slate of potential venues.

Association officials have spent extensive time touring the Panther Creek development. Last month they met at the current PGA National Headquarters, where they were presented architectural plans for the new headquarters at Panther Creek.

It’s not hard to see the appeal of Frisco, a booming and upscale suburban community close to DFW airport. Said a PGA executive who has been involved in the planning stages: “We actually had a consultant come in and tell us there was no difference in airport transportation between West Palm Beach and DFW. I laughed in his face. There is a reason that the Toyotas, Liberty Mutual and FedEx Office have relocated there and that Amazon is considering moving its HQ2 to North Texas.”

Said another PGA of America official, “We’ve studied this nine ways to Sunday for several years — it’s time to make a decision and move on.”

Many PGA officials consider the current national headquarters outdated and out of space; the property also sits near a golf course that the PGA of America does not control. Sources said the PGA also felt pressure to act after seeing the enhancements the USGA is making to its New Jersey headquarters, along with the plans the PGA Tour has for a gleaming new space in Ponte Vedra, Fla.