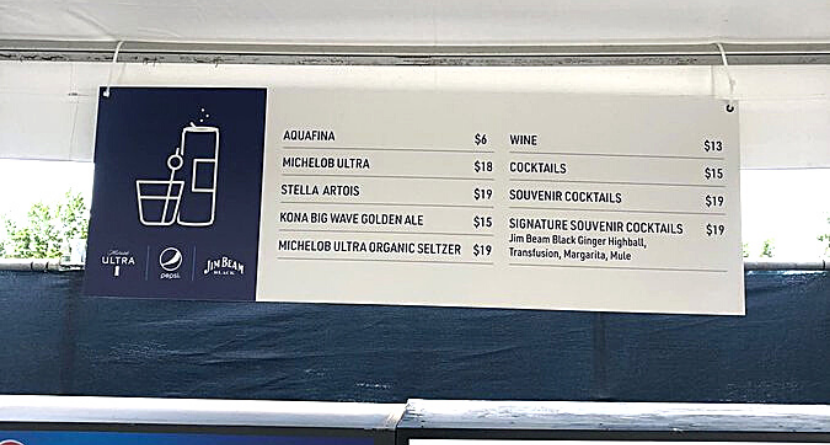 Two-time PGA championship winner and noted Michelob Ultra ambassador Brooks Koepka responded like a true company man when he was asked about the steep cost of suds at Southern Hills.

Koepka’s delivery was perfect, but beverage prices at the venue have been the subject of serious criticism since the eye-popping figures were revealed in a viral tweet from No Laying Up’s Cody McBride over the weekend.

Players and PGA of America representatives were peppered about the prices during a series of press conferences on Tuesday. Kerry Haigh, the PGA of America’s chief championships officer, gave a meandering non-answer about how unlimited food and soft drink privileges were included with some tickets before ultimately suggesting the figures were in line with what fans face at most sporting events.

Others saw it differently.

“I was blown away,” said Justin Thomas, who had previously weighed in on Twitter. “It’s just a bummer. You want people to want to come to the tournament. If I’m on the fence and I’m looking at the concession stand [prices], it’s not the greatest thing. … I’ve never seen a beer cost $18. I had to stand up for the fans. I felt it was right.”

Ahhhhh okay @PGAChampionship. Gonna be a lot of upset folk in Tulsa next week! pic.twitter.com/A0gkolSWH4

Here’s a more complete look at the PGA Championship menu, compliments of Golfweek: