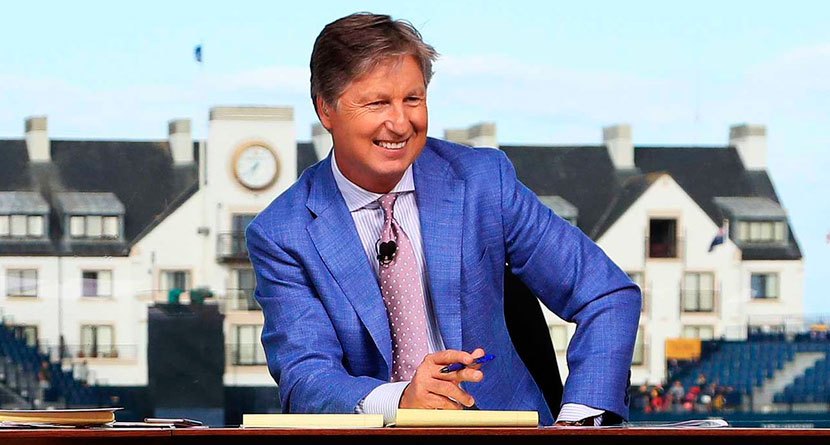 A Danish philosopher name Søren Kierkegaard once said that “boredom is the root of all evil.”

While it is certainly hyperbolic to assert that anything Brandel Chamblee said in an impromptu question-and-answer interview with Golfweek.com’s Adam Schupak was evil or had any evil intentions, it does make for an interesting case study that an overabundance of time can skew our self-expression towards the fringes as opposed to the center of thoughtfulness.

In his “infamous verbosity,” Schupak and Chamblee headed off down the road of golf instruction and its pendulum-swinging nature from aesthetically pleasing to effective.


“I think that people realize the movement patterns and the teaching philosophy of 30, 40 years ago has run into YouTube videos and social media, which acts as purity for teaching and I believe about five, six, seven years ago the whole instruction world, the pendulum began to shift away from restriction to more freedom to move, to turn,” Chamblee said. “The errors in teaching have been kicked to the curb by social media and by YouTube and by people who had access to that stuff.

“The teachers are being exposed for their idiocy. I stood on the range with a prominent teacher who had acolytes all around him who then went out and those acolytes talk with acolytes and then they completely spread this flawed philosophy through all of teaching and all teachers stuck to that ideal and all teachers taught flawed philosophies and these philosophies finally got bitch-slapped by reality. YouTube, there it is, you’re wrong, they’re right.”

Brandel didn’t hold back in this Q&A. https://t.co/XhQKAS1YHt

Chamblee went on to discuss how technology has changed how people are able to digest the actual swing idiosyncrasies of the best players in the world in plain video as opposed to how various instructors interpreted those same swings and then promoted it across a society that didn’t have access to those videos previously.

However, by that point, the cat was out of the bag, and the largest purveyor of golf instruction, the PGA of America, had read enough. PGA of America CEO Seth Waugh and President Suzy Whaley responded to the Q&A with a letter to the editor.

“In good conscience, we cannot allow Brandel Chamblee’s comment in a Golfweek Q&A on March 25 that golf instruction has been “bitch-slapped by reality” be allowed to stand without comment,” the letter began. “It is offensive, sexist and disgraceful. Using such crude and hateful language is abhorrent in any context and in this case a direct contradiction to the countless programs and initiatives those in the industry provide to ensure everyone feels welcome in golf.

“Brandel Chamblee’s comment in a Golfweek Q&A about instruction should not be allowed to stand without comment.” https://t.co/DPdEFvOGK1

“Chamblee is certainly entitled to his own opinion, but it is unfair to paint all instructors with the same ugly brush. Making the case that crowdsourcing golf instruction on social media and through YouTube videos is inherently more valuable than being coached by a PGA Professional is both farcical and disrespectful.”

For his part, Chamblee apologized for his word choice prior to the PGA of America’s response.

“Brandel Chamblee’s comment in a Golfweek Q&A about instruction should not be allowed to stand without comment.” https://t.co/DPdEFvOGK1

Part two of the Golfweek.com Q&A is slated to be released later this week.