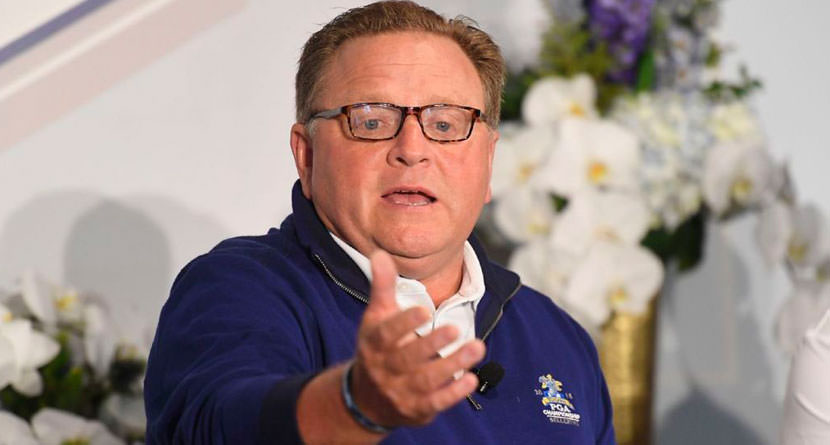 PGA of America President Paul Levy was arrested and charged with driving under the influence last Thursday, according to the Riverside, California Sherrif Department.

Police responded to a single-car accident on Highway 111 in Palm Desert. When they arrived, they found Levy’s car had struck a street sign. Levy did not appear to have sustained any injuries, but he was taken to the hospital out of precaution. After his release from the hospital, he was booked at the Riverside County Jail for driving under the influence.

“Paul Levy has accepted responsibility for his terrible lapse in judgment,” the PGA of America said in a statement. “He has expressed deep regret and fully understands how irresponsible his actions were.

“The PGA of America will support Paul as he seeks counseling, faces the consequences of his actions and works through the legal process in the months ahead.”

Levy is nearing the end of his two-year tenure as the golf association president.

Levy was released on Friday,  June 8 after posting $3,500 bond. He is scheduled to be arraigned Aug. 2, just two weeks before the PGA Championship at Bellerive.