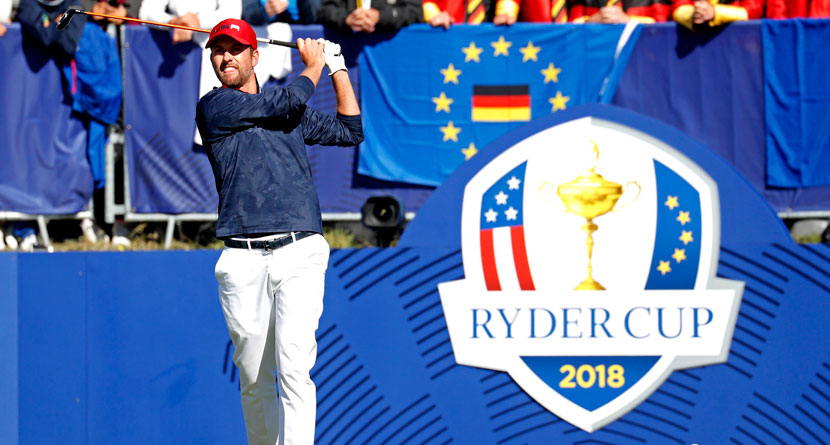 The PGA of America took its first step towards redemption last week as it tried to mitigate the hard feelings among those fans who were denied tickets to the 2020 Ryder Cup as a result of the organization’s bulky ticketing process.

Fans around the world began receiving emails in early October notifying them that they had been selected in the 2020 Ryder Cup’s ticket lottery, but unlike the ticketing process at the Masters, winning the Ryder Cup lottery only guaranteed potential attendees of the event to be held at Whistling Straits in Kohler, Wisconsin another opportunity to potentially purchase tickets.

The online lobby opened at 10 a.m. EST on Wednesday, Oct. 16 with tickets allowed to be purchased beginning at 11 a.m. EST.  Based upon a “randomly assigned” place in a virtual line at 11, fans were greeted with an aggravating status bar that featured a small white figure slowing moving towards their opportunity to purchase tickets. However, for many, by the time that figure reached the end of the status bar, tickets were sold out.

“Due to unprecedented demand for 2020 #RyderCup tickets, which quickly sold out today, some may have experienced challenges during the Random Selection Process,” the Ryder Cup USA account tweeted. “We appreciate everyone’s enthusiasm & excitement for the #RyderCup & apologize for any inconvenience.”

Due to unprecedented demand for 2020 #RyderCup tickets, which quickly sold out today, some may have experienced challenges during the Random Selection Process. We appreciate everyone’s enthusiasm & excitement for the #RyderCup & apologize for any inconvenience.

The apology was not well received as many fans made all sorts of unaccountable threats that ranged from boycotting watching the event to never purchasing tickets for other PGA of America events.

However, speaking at Congressional Country Club for the PGA HOPE’s National Golf & Wellness Week on Oct. 28, PGA of America CEO Seth Waugh announced that the organization extended the olive branch to those who were slighted

“We were blown away by the demand,” Waugh said, according to Golfweek.com. “I’ve been to a couple Ryder Cups as a board member, inside the ropes last year in Paris. You just can’t believe the scale of it now. It’s gone so far beyond a golf tournament.”

As a result, the PGA of America announced it would be offering those who were unable to check out with their tickets the opportunity to purchase again.

From the PGA America: We are pleased we could identify the 1,992 individuals affected by the brief 2020 #RyderCup tickets payment processing error and make it right. (1/2)

Happily, we have offered each of them the chance to complete their purchases. We sincerely apologize for the inconvenience & appreciate the passion so many have shown for the #RyderCup, as evidenced by the unprecedented demand for tickets. (2/2)

“We’re thrilled obviously with the reaction of it being sold out to the point where we got overwhelmed with tickets,” Waugh said. “I think the reality of anything is mistakes are going to happen, problems are going to come up. How you deal with them is what defines you.

“We’ll be a little more crowded now. We created inventory; that was fair. We had clients that did everything right and didn’t get fulfilled.”