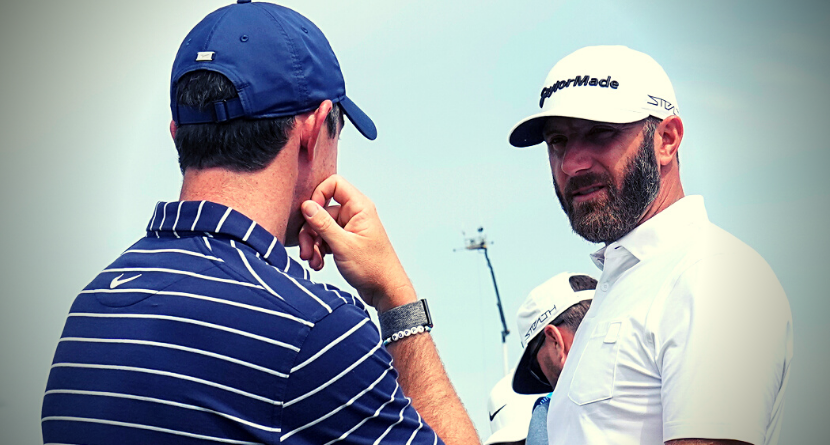 In a week for celebrating the sport’s ancient roots, professional golf’s future just got cloudier.

The Department of Justice is investigating the PGA Tour for “anti-competitive behavior” as it relates to the discipline doled out to former members who are now in the employ of the rival LIV Golf Series, per a Wall Street Journal report published Monday.

It hardly registers as a surprise given the war of words the PGA Tour and the LIV Golf Series have waged on letterhead in recent months. Still, it’s an unsightly development during Open Championship week, with the world’s best players set to compete in the 150th edition of the event at the Old Course.

“This was not unexpected,” a Tour source told the Golf Channel. “We went through this in 1994, and we are confident in a similar outcome.”

As the Golf Channel’s report notes, “1994” in the above quote is a reference to the last time the Tour faced government scrutiny for its treatment of members. The Federal Trade Commission alleged the Tour was in violation of antitrust laws when it required members to obtain waivers to compete in events that fell outside of its purview.

Coincidentally, that was also the year LIV Golf CEO Greg Norman endeavored to start a breakaway circuit known as the World Golf Tour.

The FTC’s probe fizzled in 1994, and a lawyer who spoke to the Golf Channel indicated the DOJ’s current inquiry could follow a similar trajectory. Of course, there’s also the very real possibility that individual players could take legal action.

In any event, this is hardly the kind of storyline golf’s power brokers want to see sucking up oxygen from such a historic occasion.