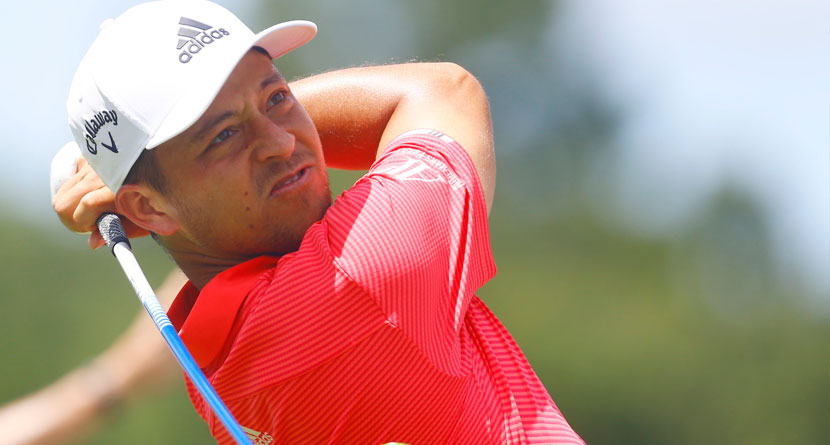 One of the major storylines to emerge from the final major championship of the season was the Xander Schauffele-R&A scuttlebutt over Schauffele’s non-conforming Callaway driver.

While the individual nature of Schauffele’s exposure resulted in headlines, the underlying issue of testing the conformity of professional golfers’ equipment gained steam in the hardcore gearhead circles. On Wednesday, the PGA Tour took its first step in snuffing out those concerns.

In a memo sent to PGA Tour players, the Tour explained that their testing will no longer pull driver heads from the equipment trucks that populate Tour events, but directly from the bag of those participating in the event.

The PGA Tour is set to implement a new club-testing system ahead of the new season: https://t.co/8QvruHrn82 pic.twitter.com/Tcx10xmrzJ

The Tour began testing the equipment stored in the Tour trucks in 2014 at random events. They would have the USGA Equipment Standards Team conduct tests on drivers in tour vans to determine their Characteristic Time (CT), which is a measure of the springiness of the hitting area, according to Golfweek.com’s David Dusek.

“Recently, we have become aware that drivers in play on the PGA Tour may be exhibiting a trait whereby through normal use, the clubface ‘creeps’ beyond the allowed CT limit under the Rules, despite having conformed to the CT limit when new,” the memo said. “When such a situation occurs, in accordance with the USGA’s Notice to Manufacturers dated October 11, 2017, the club is deemed to have become damaged into a non-conforming state and may no longer be used in competition.”

Players will be randomly selected to have their in-play drivers tested in order to ensure conformity under the USGA’s CT limits. The test, which takes about 15 minutes to perform, will note the club’s serial number, how it performed on the test and then will be placed in one of three categories (via GolfChannel.com):

“Complying with this program will be considered a condition of entry for the tournament,” the memo said. Players can voluntarily submit their drivers for testing should they so choose.

The program will go into effect at next week’s A Military Tribute at The Greenbrier.