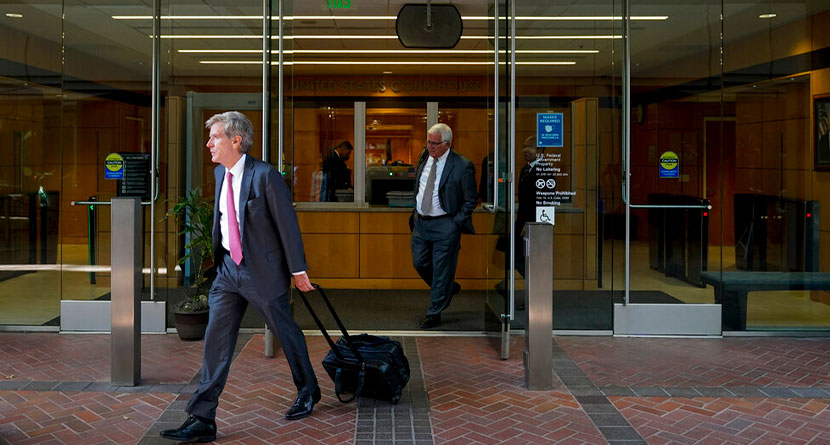 According to Sports Illustrated, the PGA Tour has filed a new lawsuit against LIV Golf’s financial backers.

The suit is against Saudi Arabia’s Public Investment Fund and its governor, Yasir Othman Al-Rumayyan. The fund is worth more than 500 billion dollars.

The motion filed by the Tour was under seal, meaning access to the initial filing is not available to the public.

Sources told SI that the Tour is attempting to compel the PIF and Al-Rumayyan to answer discovery questions as part of the ongoing antitrust suit, which they had previously refused to do.

Under the Federal Rules of Civil Procedure, the courts “may consolidate any or all matters in the case for hearing or trial: consolidate the actions entirely for all purposes; or issue any other order to avoid unnecessary cost or delay.”

This means that the Tour’s new filing will likely become a part of the existing lawsuit in Northern California.

Also, last week, the courts heard a discovery issue to force the PGA Tour to answer LIV’s “Interrogatory No. 1,” which requested information about communications from the Tour on any discussions on a new Tour.

According to Sports Illustrated, this is how Interrogatory No. 1 reads.

Identify each individual who communicated on behalf of the PGA Tour with any other person (including Tour Members) or entity regarding any New Tour. Your response should include individuals who communicated with (a) the European Tour, (b) Augusta National, (c) PGA of America, (d) USGA, (e) OWGR, (f) Royal & Ancient, (g) Asian Tour, (h) Japan Tour, (i) Sunshine Tour, (j) Ladies Professional Golf Association, (k) Ladies European Tour, (l) any broadcaster, (m) any vendor or service provider to the PGA Tour, (n) any advertiser or sponsor, (o) any player agent or representative, (p) any golfer (including PGA Tour Members), or (q) any other person or entity not expressly excluded by this Interrogatory. Your response need not include communications with the PGA Tour’s counsel or the press. For each individual you identify, identify the date(s) of the communication(s), the medium of the communication(s) (e.g., in-person, phone, text, email, etc.), and the other person or entity to whom the communication was made.

The judge ultimately agreed with the claims from LIV Golf and ordered the Tour to fully answer the question posed by Interrogatory No. 1, as well as ordering the parties to look at the subject matter of the request and broaden it.

The subject matter of responsive communications will be subject to further meet and confer between the Parties in accordance with the guidelines provided by the Court at the hearing. In sum, the subject matter will be broader than “LIV, PGL and Saudi Golf League” but not as broad as the “New Tour” definition in Interrogatory no. 1.

Interestingly, and to the intrigue of many of golf’s most hard-core fans was the inclusion of one name identified by the PGA Tour as having been talked to about LIV Golf: Anthony Kim.

LIV Golf sent a list of 71 players to the PGA Tour, requesting documentation of any communications between Tour and those players re: LIV.

Included among them: Anthony Kim. pic.twitter.com/QdtplhPm3S

Going back nearly a month on Sept. 29, the PGA Tour filed a countersuit against LIV golf, accusing the new league of interfering with its contracts with players.

On Aug. 3, eleven LIV golf players filed an antitrust lawsuit against the PGA Tour, accusing the Tour of using its monopoly powers to negate competition and a new competitive tour. Only three players — Peter Uihlein, Matt Jones, and Bryson DeChambeau — remain named in the lawsuit currently.

The United States Department of Justice has opened an investigation into the PGA Tour and the allegation of monopolistic actions.