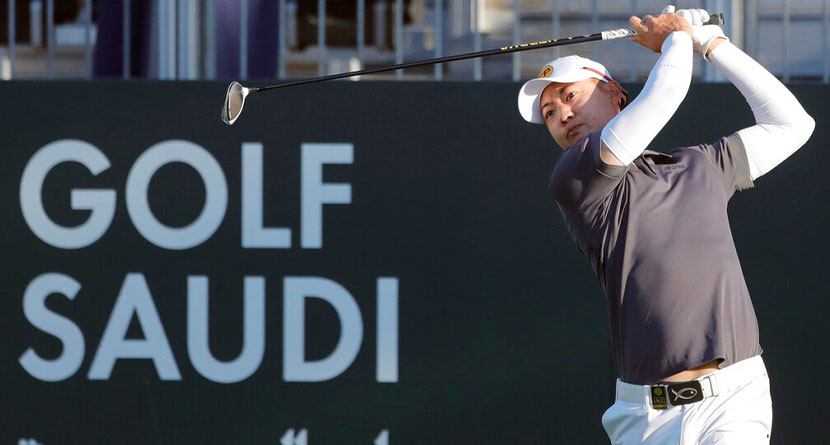 In its fifth year of existence, the Saudi International will once again feature players from the PGA Tour. Earlier this week, a Tour official confirmed that a “few” Tour members had requested a release to play in the event, and those releases have been granted.

The Tour official did not confirm the exact number of players who were granted the release, and did not name any players, either. In 2022, several PGA Tour players played in the event, including Xander Schauffele, Tommy Fleetwood, Tony Finau, and new golf sensation Tom Kim.


The event began as a sanctioned DP World Tour event in 2019, and the Tour has a history of granting releases for its players to participate. The tournament ceased to be a DP World Tour event in 2021, and the PGA Tour announced it would not grant releases to the event for 2022. A PGA Tour spokesperson said this followed “a PGA Tour longstanding policy of not granting releases to unsanctioned events.”

Later in 2021, the Saudi International became a sanctioned event on the Asian Tour as part of a 10-year deal. With a world tour aligned with the event, the PGA Tour again granted releases to its members last season.

Exclusive: Rookie of the year, recent winner among PGA Tour players given OK for controversial Saudi event https://t.co/2AaelhvCXL via @golfweek

The PGA Tour has denied releases to events in the Saudi-backed LIV Golf series, and has suspended any Tour members who participated after their release request was denied.

According to the PGA Tour player handbook, players are eligible for three releases for conflicting events per season, provided that player competes in 15 PGA Tour tournaments. However, the commissioner has the right to deny those releases for several reasons, including if he determines the event could “significantly and unreasonably harm PGA TOUR” and its sponsors.

Seven players who finished in the top 10 at last year’s event have also joined LIV, with world no. 3 Cam Smith the headliner. Smith and Varner have both already committed to this year’s tournament.