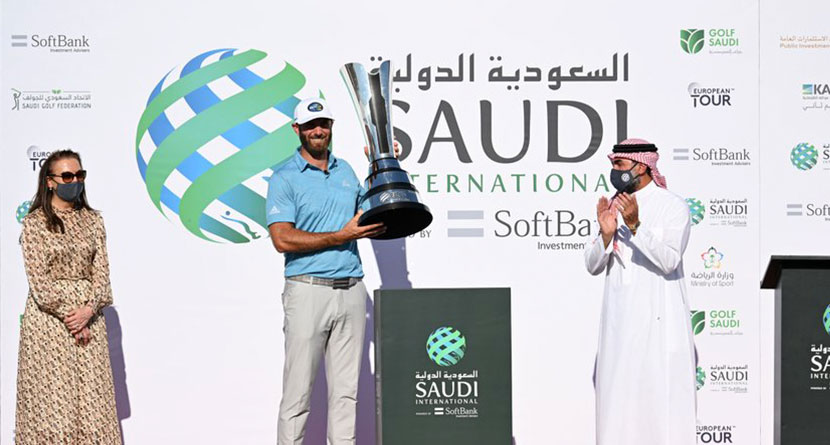 Thirty of the top stars on the PGA Tour were granted permission to play in February’s Saudi International, a sanctioned Asian Tour event among the most controversial in the world, according to a report from Golfweek’s Eamon Lynch.

The PGA Tour requires members to obtain “waivers” to compete in other Tour’s sanctioned events during conflicting dates on the schedule as a deterrent. The Saudi International is scheduled to be held the same weekend as the Tour’s AT&T Pebble Beach Pro-Am. While players have been able to obtain waivers in the past, the growing tension between the PGA Tour, the Saudi Arabian government (who puts on the event) and the much-rumored Super Golf League, which seems destined to attempt to lure stars away from the circuit, led the PGA Tour to indicate that exemptions to compete in the Saudi International would be refused.

However, while the PGA Tour boosts top-end earning potential with increases in the FedEx Cup prize fund, limited-field event purses and other play-incentivized programs dominated by the top players in the world, the Saudis appear to be playing chess to the Tour’s checkers.

The previous memo sent to Tour members indicated that because the DP World Tour (formerly the European Tour) had stripped the Saudi International of sanctioned status, it would have an avenue for denying playing waivers. Instead, the Saudi Private Investment Fund and its fledgling splinter tour enterprise committed $200 million to the Asian Tour by way of a 10-event series that includes the Saudi International, thus giving the event sanctioned status.

PGA Tour clears players to compete in controversial Saudi event, but with conditions https://t.co/ra2pJ9RJjd via @golfweek

The Saudi’s next move was to invite more PGA Tour players to this year’s Saudi International. In the past two iterations of the tournament, no more than 23 PGA Tour members teed it up. By inviting more, the strategy became clear: if waivers were denied, the Saudis could claim the PGA Tour was not acting in the best interests of members by denying them earning opportunities, which could spell legal trouble for the Tour and sow discontent among the top players who were invited.

Part of the PGA Tour’s agreement for release included stipulations for those participating in Saudi Arabia as opposed to the AT&T Pebble Beach Pro-Am. According to Lynch, “any player who has competed in the AT&T Pebble Beach Pro-Am event at least once in the past five years must commit to play at least once in the next two years (2023 and 2024). Players who have not competed at Pebble Beach in the last five years will need to do so twice in the three years until 2025.”

“While we certainly have grounds under Tour regulations created by and for the players to deny conflicting event releases, we have decided in this instance to allow a group of Tour players the opportunity to play in a single sanctioned tournament outside North America on a recognized Tour, with conditions attached that will contribute to the success of AT&T Pebble Beach Pro-Am in future years,” Andy Pazder, the PGA Tour’s chief tournaments and competitions officer, told Lynch.

Skeptics may point out that this move is simply a way to punt the ball down the field for future endeavors, especially if some of the players in question are willing to jump ship from the PGA Tour in the coming years, rendering these stipulations moot. Even if a player were to stay on board with the Tour and fail to follow through on playing in future Pebble Beach Pro-Ams, failure to meet these requirements would result in a disciplinary action that would be covered — at least in part — by the appearance fees paid to play in the event.

Lynch reported that “lower-profile” players would earn $400,000 in appearance fees with those reaching seven figures for the bigger stars.