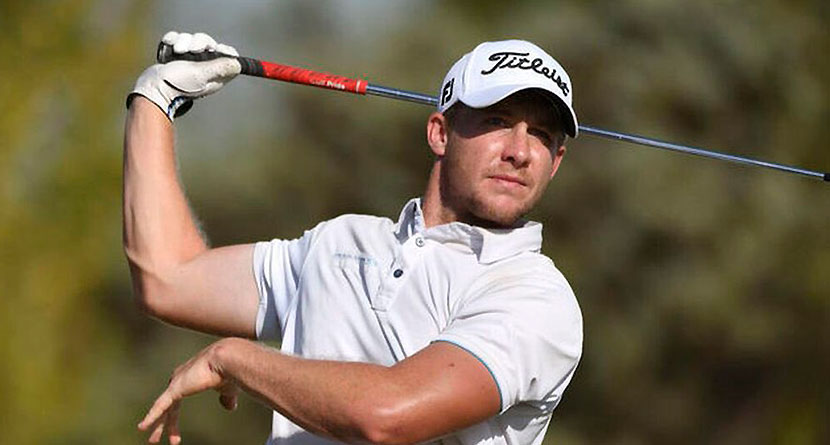 It was only a matter of time before a professional golfer tested positive for COVID-19, the illness caused by the novel coronavirus, and on Wednesday evening, the PGA Tour Latinoamerica announced that one of their players had done just that.

Victor Lange, a 26-year-old South African who played collegiately at Louisiana Tech, was diagnosed with COVID-19 on Tuesday after taking a test as a precautionary measure because he escorted a friend to an unrelated doctor’s appointment on March 15.

“In speaking with Victor, thankfully, he has no symptoms and is expected to make a full recovery,” a release from PGA Tour Communications said. “We have offered our support as he recovers under quarantine and with medical supervision at his home in Johannesburg, South Africa, and Victor has relayed his gratitude toward fellow players and fans who have offered words of concern and encouragement.”

“We appreciate Victor’s prompt disclosure of his diagnosis, which allows the PGA Tour to not only alert those he may have come in contact with during his lone PGA Tour Latinoamerica start this season,” the release said, “but also provides an opportunity to remind fans of the critical need to follow current recommendations and mandates to protect others, particularly those with underlying health conditions and the elderly.”

Lange has played on the PGA Tour Latinoamerica for the past three years making 24 starts, posting a pair of top-5 finishes highlighted by a career-best finish of T4 at the 2018 Neuquen Argentina Classic.

Lange made his lone start in the 2020 season at the Estrella del Mar Open where he finished T51 two weeks ago. Following the event and subsequent suspension of the Tour schedule, he returned home to South Africa where he tested positive.