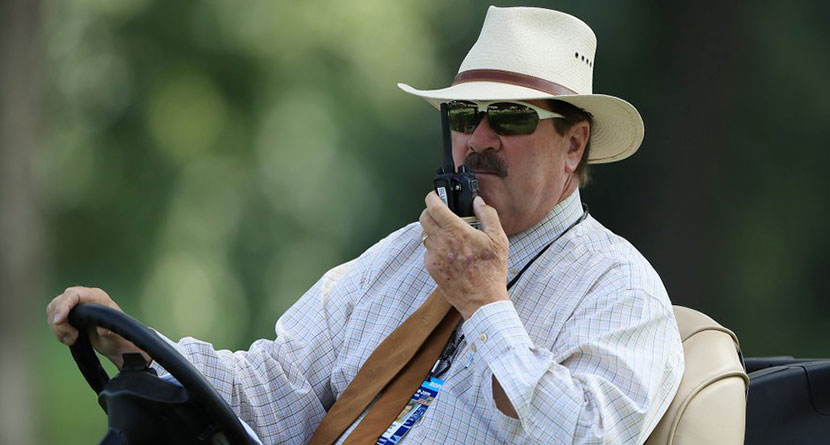 Golf media, fans and players who have been clamoring for more stringent pace of play enforcement will get their wish following the Masters beginning in April at the RBC Heritage

The PGA Tour unveiled its new policy Monday in Palm Springs at The American Express, which is highlighted by the Tour utilizing a statistical measurement to create an observation list that will move away from measuring groups of players and instead key in on known slow-play offenders.

“If the Tour has taken a stance and told the rules officials that the policy has changed, I think they will do a better job of implementing it,” Billy Horschel told GolfChannel.com’s Rex Hoggard. “The Tour understands the noise coming from the players and fans and media. Now they are doing something about it and will be a little bit more proactive. How proactive? That’s what we have to wait and see.”

Tour’s new pace of play policy is aimed at "changing the individual habits of the slowest players.” What that means remains to be seen, but stroke penalties now seem more likely.

The policy, which was approved by the PGA Tour Player Advisory Council last year, will focus on “individual habits of the slowest players,” as determined by ShotLink data, the Tour’s omnipresent laser system that is best known for providing fans and media with shot-by-shot updates and statistics.

Players will be penalized for “excessive shot times,” which is defined as players who take more than 120 seconds to hit a shot. Over the course of a tournament, if a player is deemed to have two bad times, he will be assessed a one-stroke penalty.

Previously, players were only stroked when they had two bad times in the same round.

Also, if a player not already on the observation list is deemed to have taken excessive time to hit a shot — more than 60 seconds — he will be added to the list and monitored accordingly as well.