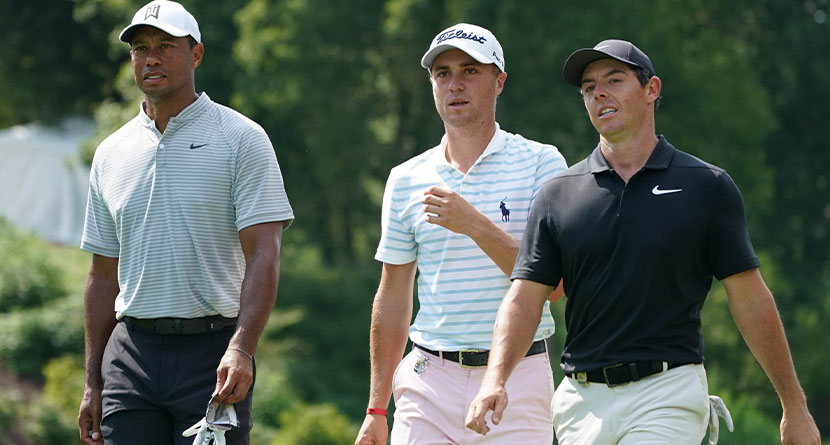 The PGA Tour will be rewarding some of the biggest names in the sport based on sheer star power — not their performance on the course — via a new bonus money pool, according to a report from Eamon Lynch of Golfweek.com and later confirmed by the Tour.

The “Player Impact Program” will allocate $40 million to 10 players at the end of the season in order to “recognize and reward players who positively move the needle,” according to a PGA Tour spokesperson, with the largest single payout being $8 million.

The 10 players who will earn this payout will be determined by their “Impact Score,” a number generated from five metrics designed to quantify that individual’s added value. According to the document disseminated to the Tour members and obtained by Lynch, the metrics in play are as follows:

A sixth criterion was originally based upon FedEx Cup performance, but the Tour opted to not include playing performance into this calculation.

The Player Impact Program is seen as the Tour’s answer to the upstart Premier Golf League, which intended to lure top players away from the PGA Tour with big money and a truncated schedule. However, unable to gain any footing, the PGL is still in a holding pattern while the PGA and European Tours have entered into a strategic alliance and the PGA Tour has now enacted a way for its most popular players to receive a bonus simply based upon star power.

The document sent to players used the 2019 season as a case study to show how the algorithm would work in order to dole out the $40 million. Unsurprisingly, the names that populated the list were household names: Tiger Woods, Rory McIlroy, Brooks Koepka, Phil Mickelson, Rickie Fowler, Jordan Spieth, Dustin Johnson, Justin Thomas, Justin Rose and Adam Scott.

Reaction to the new program has been mixed. On the one hand, there’s the obvious point that Tiger Woods is undoubtedly worth more to the Tour than his performance-based income would suggest, as Koepka told Lynch.

“Tiger should be No. 1 on that list no matter what,” Koepka said. “He’s the entire reason we’re able to play for so much money, the entire reason this sport is as popular as it is, and the reason most of us are playing. Not even close.”

Beyond Woods, however, rank and file PGA Tour pros are not overly thrilled if Lynch’s anonymous sources are to be believed.

“There I was thinking (the top players) were compensated enough,” one veteran Tour winner said. “We earn our money through performance. Using metrics will definitely cause complications at some point. What if you’re a really awesome player but don’t move the needle in those metrics?”

“There’s a little bit of envy.”

“It doesn’t really matter to me.”

PGA Tour players react to the Player Impact Program, and the sentiments—as you might expect—are mixed. https://t.co/6ak1I3dFEo

“Most players feel it is a shoo-in money grab for only those at the top, and it’s extremely hard to break into that category if you’re not already in it,” another player with multiple Tour wins said. “For example, the same people are always on TV, including the same names always on PGA Tour Live, which the Tour chooses who gets on that. Also, the top, top guys are invariably the ones with the most social media followers, and that results in more money from this plan. The overriding thought is why not do something to help all of the players? The FedEx Cup already takes care of the top.”

Part of the point of the program is to help players connect better with fans, which is something Justin Rose pointed out at the Zurich Classic of New Orleans.

“You do want to incentivize the top players to create content,” Rose said. “It’s very easy for the top players to say no because it doesn’t serve them. So if you are looking at content creation … that’s where it’s coming down to these days. So if it serves the fan and if it serves the game of golf, and it gives the guys a much better reason to say yes to something, then it’s probably a good thing for everybody. Hopefully, that’s the way it’s intended.”

As for others, such as Xander Schauffele, Henrik Stenson and Patrick Cantlay, the best way for them to positively impact their score is to win.

The Tour spokesperson told Lynch that a part of the resources allocated tot he Player Impact Program will be aiding those interested in boosting their engagement by providing extra resources to help all players manage their social media and branding.