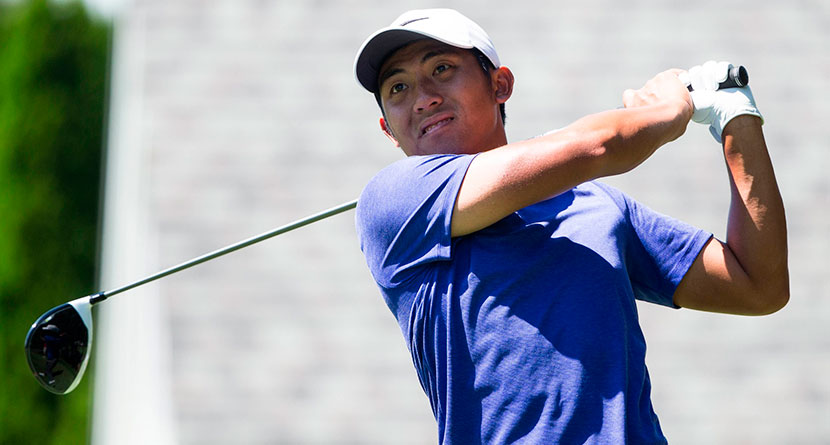 The Tour’s flagship event teed off at 7:40 a.m. without a hitch at TPC Sawgrass, complete with players, caddies, tournament officials and volunteers, media and spectators all inside the confines of the property.

The decision to go “full steam ahead” led to some critical responses from participants who had seen the wider sports world take a vastly different approach in response to the coronavirus pandemic in the previous 24 hours.


As the day began, 2009 U.S. Open winner Lucas Glover posted to social media what he would later call a reactionary criticism of the Tour.

Rest of sports and media: why don’t they drug test on the @PGATOUR

Tour: okay, we better start doing that too.

Rest of sports and media: think we better stop and stay away from crowds.

While first, Glover certainly wasn’t’ the last nor the most critical.

Perhaps the most critical comments came from the fingers of Lee Westwood and C.T. Pan, the former from across the world and the latter from Ponte Vedra Beach.

Considering the approach of other sports in the US to the #coronavirus , I’m surprised how little the @PGATOUR are doing. I know we don’t play in such a confined arena but surely our age range of fans are more susceptible. @EuropeanTour have postponed events in August already.

Pan, however, was the only player in the 144-man field to put his money where his mouth is. The 2019 RBC Heritage winner began tweeting Thursday morning from the road as he and his wife were out of Ponte Vedra Beach well before Pan’s 2:02 p.m. ET tee time.

In since-deleted tweets, Pan made note of the poor precautions taken by the PGA Tour with regard to player and family safety within the TPC Sawgrass facilities. Pan’s criticism was reigned back to a more diplomatic statement shortly thereafter.

“I chose to withdraw from The Players Championship because my wife and I want to protect ourselves from the risk of exposure to the coronavirus,” Pan wrote. “We are fine and our families are fine. Our lifestyle is like a circus, traveling from one place to another. We believe this is a time to exercise caution by not playing this week.”

Pan and Westwood both commended the Tour for taking proper precautions in the aftermath of its decision to cancel the event.