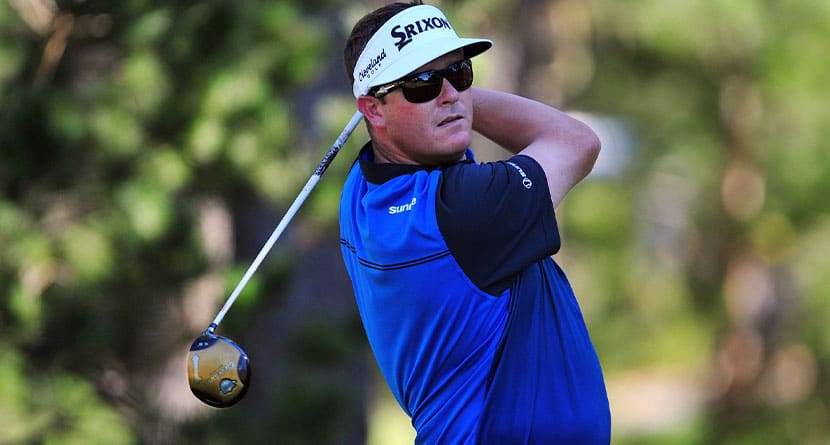 A PGA Tour winner is facing backlash stemming from a post he made on social media on Tuesday evening announcing that he would not be playing in the Butterfield Bermuda Championship due to the host country’s Covid requirements.

Charlie Beljan, a 36-year-old Tour veteran, came under fire for the Tweet that slammed the host country for their policy.

“Today I was forced to withdraw from (the) PGA Tour event in Bermuda because I didn’t take the jab,” Beljan said in the since-deleted post. “This is not the Tour’s policy, but it is Bermuda’s. The Tour has done an amazing job through this hoax. F— Bermuda and all you nazis pushing this agenda.” 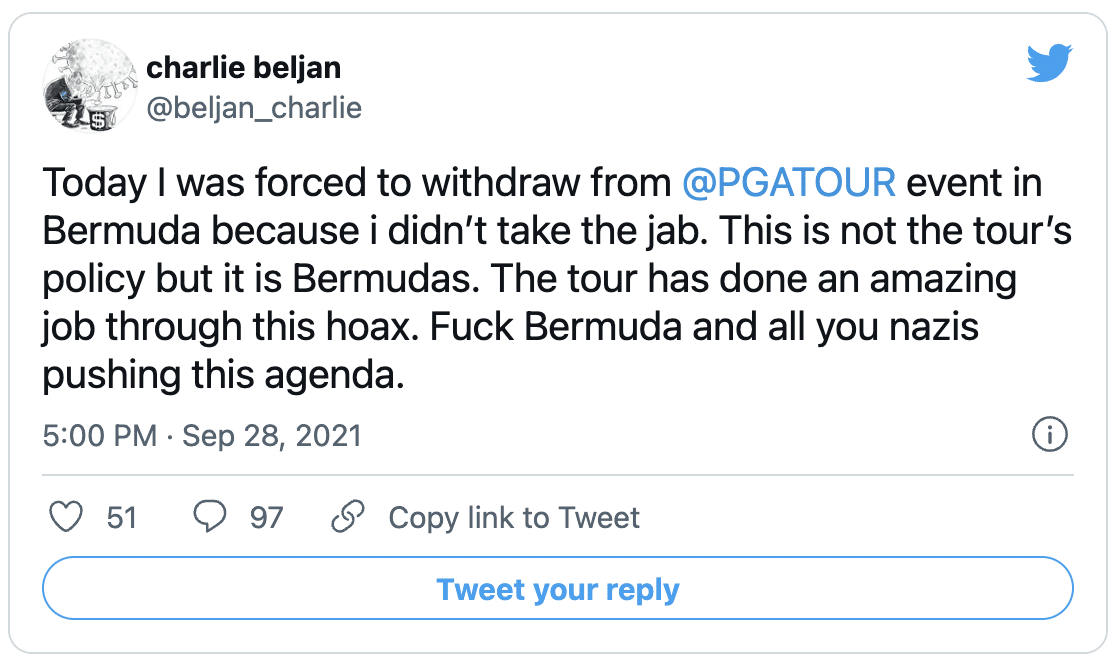 Earlier in the month, Beljan shared an informational email sent from the PGA Tour to its players about the event slated to take place the last week of October.

On August 27, the Tour sent a memo to the players informing them that should they wish to compete in the third-year event, they would need to be fully vaccinated or submit to a 14-day quarantine when entering the country as well as undergo additional testing protocols consistent with the country’s restrictions.

Beljan shared the email on social media saying, “Willingly sitting out this PGA Tour event. Kudos to the Tour for giving players a choice! Unfortunately, Bermuda feels differently. I will always choose choice and freedom over injected poison and tyranny! God bless this twisted world.” 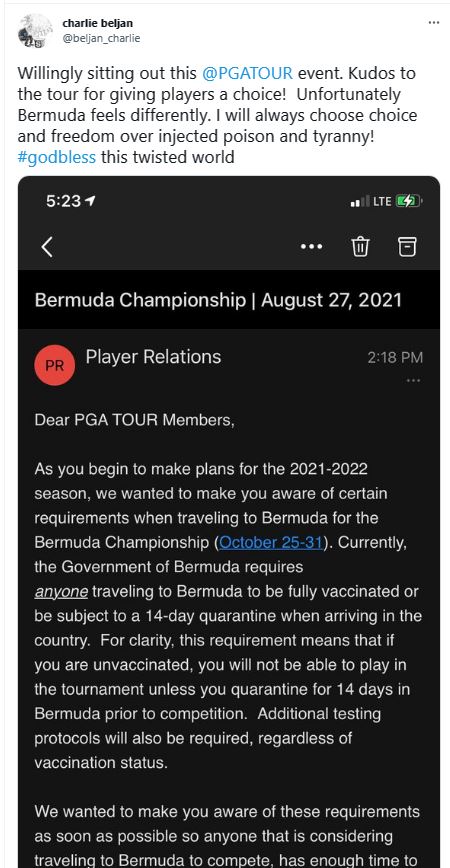 Among those to respond to Beljan’s post before it was deleted was Michael Dunkley, a former Premier of Bermuda and current Shadow Minister for Health.

Pro, disappointing you feel this way and took to twitter to slang our covid policy. Our border policies have helped keep us safe through covid. While you do not agree, the facts show the vaccine has helped protect people! Even @POTUS will introduce a #vax policy for travelers.

“Pro, disappointing you feel this way and took to Twitter to slang our Covid policy,” Dunkley wrote. “Our border policies have helped keep us safe through Covid.

“While you do not agree, the facts show the vaccine has helped protect people! Even @POTUS will introduce a #vax policy for travelers.”

Beljan has been on the PGA Tour since 2012, the year in which he won the Children’s Miracle Network Hospitals Classic after overcoming a panic attack suffered during the second round. He played on his winner’s exemption and on a major medical exemption through 2018 and has since earned entry to tournaments on his past champion’s status.

In 2021, Beljan made six starts on the PGA Tour, missing the cut in five of them.