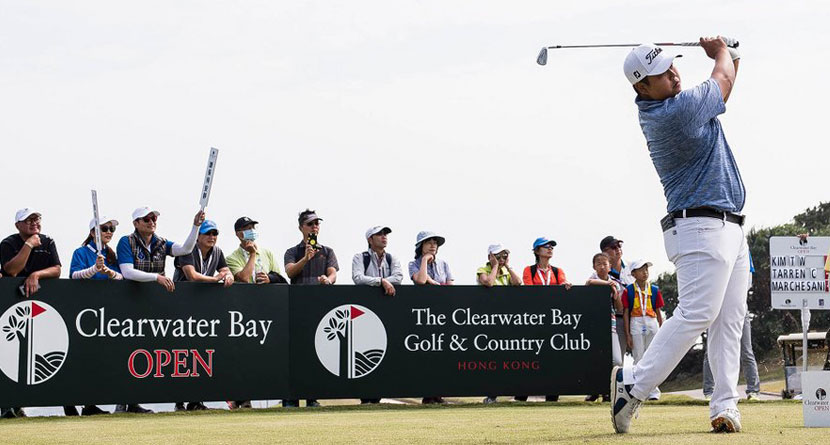 The PGA Tour Series-China is canceling its Hong Kong event due to civil unrest and safety concerns.

The Oct. 17-20 event at Clearwater Bay Golf & Country Club was supposed to be the final tournament of the season, but with its suspension, the Macau Championship will wrap up the year two weeks earlier.

”We have analyzed this situation from every angle, and as a group we determined that canceling the 2019 Clearwater Bay Open is the best decision,”Greg Carlson, the executive director of PGA Tour Series-China, said.

The PGA Tour Series-China is canceling its tournament in Hong Kong next month because of civil unrest and safety concerns. https://t.co/IOZiXoQMMn pic.twitter.com/zWmVtUr0iL

Options for an alternate Tour stop proved futile. Instead of finding a replacement, the PGA Tour Series-China increased the purse at the Macau Championship from RMB 1.6 million to 2.1 million.

Carlson said that the Tour expects to return to Hong Kong, but concerns forced their hand this season.