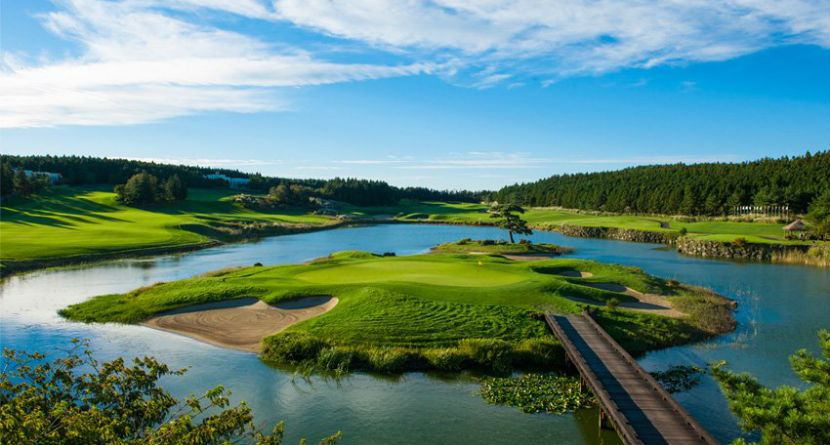 With their first sanctioned event scheduled to be played in South Korea in October, the PGA Tour is closely monitoring the developments in the region in light of North Korea’s recent nuclear bomb tests. As tensions continue to rise, safety is the number one concern.

The Tour is scheduled to play its first sanctioned event in South Korea next month, the 78-player CJ Cup, which will include the top 60 available players off this season’s FedExCup points list.

“We’re going to see,” said Chez Reavie. “Right now I plan to play, but not if things escalate.”

The Tour planned to issue a security and safety guidelines document on Wednesday to players, and the circuit currently expects to play the event.

According to a statement from the Tour, “From a safety and security point of view, we will continually monitor, review and evaluate the situation. Should future circumstances or developments dictate a change in our position, we will promptly advise all parties accordingly.”

With the CJ Cup slated for S. Korea next month, the #PGATour is keeping a close eye on escalating tensions: https://t.co/5B0HA14DV7 pic.twitter.com/jtW05RXwRs

“I’m planning to play,” Lucas Glover said. “I have concerns. I sure hope the Tour is on top of it, which I’m sure they are. We can’t send a bunch of guys over there with worldwide turmoil.”

The event will be played at Nine Bridges on Jeju Island, which is located off the southern tip of South Korea, Oct. 19-22. Other than the majors, World Golf Championships and The Players, the tournament’s $9.25 million purse is the largest on Tour.

“I travel all over the world and I’ve been to Korea before,” said Rafa Cabrera Bello, who also plans to play the limited-field event. “I have a friend that lives there. I was concerned last time I was there and I gave him a call and he said, ‘We live with this every day.’ It should be fine. I will follow the advice given by the PGA Tour and my government, but it should be fine.”

This past Wednesday it was announced that Justin Thomas, Jason Day, Adam Scott, Paul Casey and Si Woo Kim were committed to the CJ Cup.