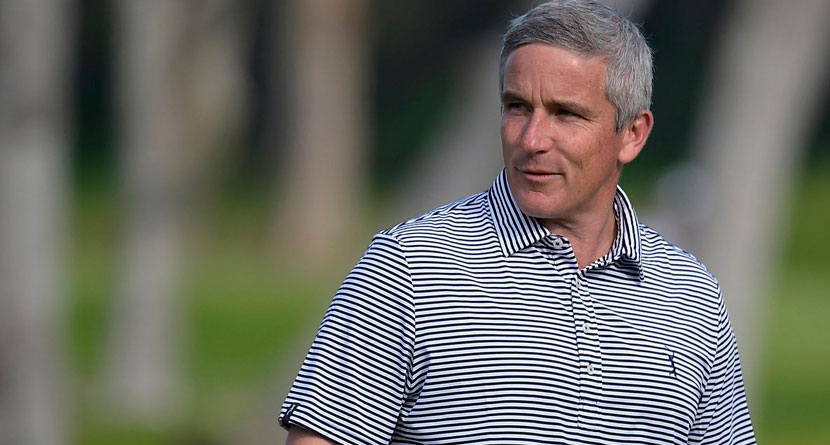 The PGA Tour is about to get paid in the latest round of television rights negotiations.

While rumors have been swirling for months, Sports Business Journal’s John Ourand reported late Monday night that the Tour and CBS, NBC and Golf Channel have agreed to “broad terms of new deals” that will run from 2022-2030.

“The next big media deal is about to hit, one that has the potential to reset the sports rights marketplace over the next several years,” Ourand wrote. “CBS and NBC have agreed on the broad terms of new deals that will see the PGA Tour reap a sizable rights fee increase of around 60%, multiple sources told me. The Tour also has agreed to terms with Golf Channel, which will see its rights fee more than double — not a huge surprise since Golf Channel’s last deal was cut in 2006. It is not known if the Tour will take an ownership stake in Golf Channel as part of the deal.”


According to Ourand, it is “likely” the Tour could bring in around $700 million with these new deals, a $300 million increase from its current deals, which run through 2021.

PGA Tour agrees to nine-year extensions with CBS, NBC and Golf Channel. SBJ Media has the details.
The newsletter is outside our paywall and open to all tonight. https://t.co/cbDuHYwcGP

While CBS and NBC will keep their regular-season packages the same essentially, a change is set to come about with regard to the Tour’s season-ending FedEx Cup Playoffs.

“CBS and NBC will produce all three playoff tournaments, including the Tour Championship, in alternating years,” Ourand reported. “As part of the nine-year deals, NBC will carry the playoffs five times and CBS will carry them four times. Previously, NBC and CBS shared these rights, with NBC producing most of them each year.”

The final piece of the puzzle, which hasn’t been shored up, is the digital rights, which are currently held by NBC. Ourand reported that ESPN has made “an aggressive play for the rights” to stream tournament play before broadcast on ESPN+, the company’s digital offering. Discovery, in a likely deal with NBC, has made a play to acquire the digital rights as well.

Amazon showed an early interest in the digital rights, but has since dropped out of the bidding, Ourand said.

Nothing has been signed, and an announcement is not expected to be made until early 2020.