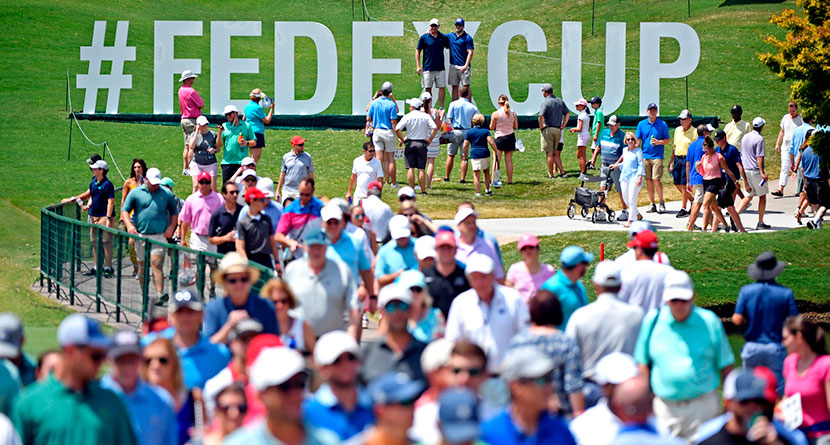 The PGA Tour announced on Monday the official details of its nine-year domestic media rights portfolio for 2022-2030, which included the retention of network partners as well as a new over-the-top streaming home.

As first reported by Sports Business Journal’s John Ourand late last year, CBS and NBC will remain the Tour’s primary network sponsors with CBS broadcasting nearly twice as many events as NBC. NBC-owned Golf Channel will remain the Tour’s cable partner for weekday and early weekend coverage, according to an Associated Press report.

Most notably from the contract negotiations is the reintroduction of ESPN into the Tour’s media partnerships. The Worldwide Leader In Sports scored the Tour’s streaming rights for its OTT platform ESPN+, which will carry PGA Tour Live.


“Following a comprehensive process of studying the market, talking to all interested parties and analyzing our various options, we’re excited to announce that we have entered into new agreements with our existing partners ViacomCBS and Comcast/NBC Sports Group, while establishing a new long-term relationship with Disney and ESPN+,” PGA Tour Commissioner Jay Monahan said in the Tour’s official release. “We were extremely pleased with the interest we received from the market – both with incumbents and other media companies – and are excited that our current partners shared our vision for the future, and we are equally excited to be back in business with Disney and ESPN+.  These new deals will be a major win for our fans, bringing an elevated commitment from all three partners to help us expand and innovate our content and its delivery.

The PGA TOUR has announced its new nine-year domestic media rights portfolio, which will lead to significantly expanded content offerings and improved fan experience in the coming years.https://t.co/zSHRtc5fSo

“The nine-year deals will put us in a position to significantly increase player earnings, deliver more value to our tournaments and sponsors, and ultimately allow us to continue to grow our charitable footprint,” Monahan continued. “Additionally, we are now able to reinvest in our sport in a way never before possible, including production, personnel and technology, and are well-positioned to best serve and grow our fanbase in the years to come.”

While official financial terms were not released, the AP is reporting that “two people involved in player meetings” estimated the deal to be worth more than $7 billion over the nine-year deal.

“Our goal was to maintain our position in golf,” CBS Chairman Sean McManus said. “From the time we finish March Madness to the time we come on the air with college football and the NFL, it’s the most prestigious programming we have. We were committed to protect our position.”

“We’ll continue to do what we do best, to bring golf to the viewer, to continue to push the envelope, exploring new areas in partnership with the tour,” Pete Bevacqua, president of NBC Sports Group, said.

“We feel confident our platforms reach a broad range of sports fans on a regular basis,” Russell Wolff, executive vice president and general manager of ESPN+, said. “We’re quite excited about the expanded golf offering. It’s a place golf fans are going to want to spend time.”

"More viewers in the U.S. and around the globe will experience the quality and diversity of the LPGA Tour." – @LPGACommish Mike Whan

Interestingly, the PGA Tour also negotiated on behalf of the LPGA Tour. According to the AP, the new deal “keeps (the LPGA Tour) as the anchor programming of Golf Channel, along with expanded exposure for at least seven tournaments each year on the two networks.”

“The last 10 years haven’t been the easiest,” LPGA Commissioner Mike Whan said. “We’ve had to prove ourselves on the Golf Channel, and I’m glad they’re willing to invest in a bigger way.”