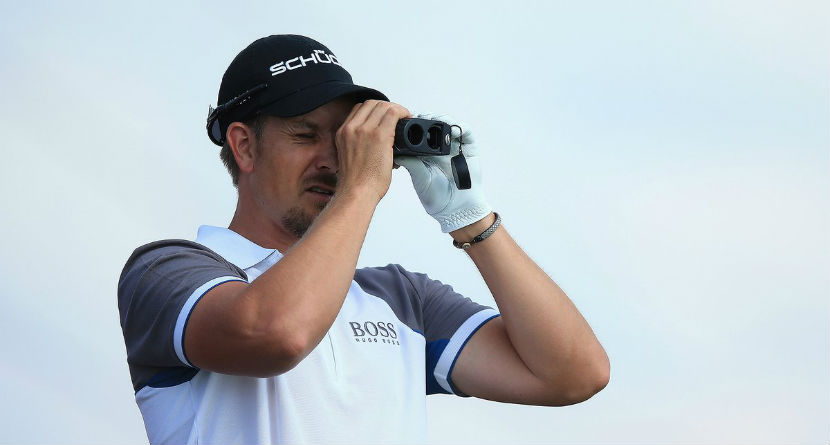 The PGA Tour is slowly saying goodbye to the age old tradition of walking off yardages on golf courses. Welcome to 2017! Beginning in just a few short weeks, three tours will permit distance measuring devices (DMDs) at four events as a test to see if it, in fact, will speed up play as intended. The decision comes as a response to the USGA and R&A’s rules proposal earlier this month allowing such devices in competition as of 2019. Until then the PGA Tour will temporarily enact a Local Rule in accordance with Decision 14-3/0.5 of The R&A/USGA Rules of Golf, which stipulates the device can be used to measure distance only. Other functions such as slope, elevation, and wind will not be allowed.

The PGA Tour Latinoamerica will start the first test April 20-23 at the Quito Open. The Web.com Tour will begin testing May 15-18 at the BMW Charity Pro-Am presented by SYNNEX Corporation in Greenville, South Carolina. Finally, the PGA Tour Canada will start their test at the GolfBC Championship, June 15-18 in British Columbia.

“For years there has been significant discussion and debate about whether distance measuring devices would have a positive or negative impact on competition at the highest levels of professional golf,” said Andy Pazder, Chief Tournaments and Competitions Officer of the PGA Tour. “The only way we can accurately assess their impact is to conduct an actual test during official competition on one or more of our Tours. We look forward to seeing how these tests go and carefully evaluating the use of the devices over those weeks. Our evaluation will consider the impact on pace of play, optics and any other effects they might have on the competition.”