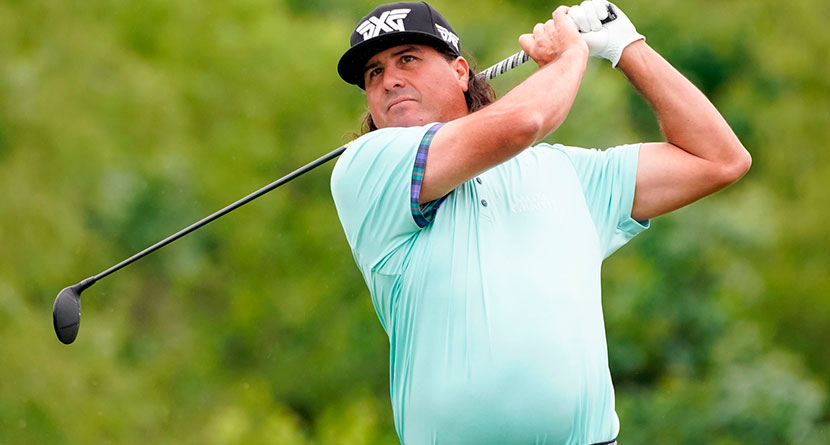 Pat Perez has long been one of the most outspoken players on the PGA Tour, and while his candor is largely welcomed by fans, his opinion on the scheduled restart next month at the Charles Schwab Challenge may not be music to fans’ ears.

Speaking to The New York Post’s Mark Cannizzaro, Perez warned about some potential pitfalls that may occur especially as it pertains to players testing positive for COVID-19 before or during tournament weeks.

“It’s not time to go yet,” Perez said. “It’ll be ready when it’s ready. You can’t rush this kind of thing. You can’t rush getting people back together in this sort of deal.

“If I can’t go back to work normal, then there’s no reason to do it. Get it right, get everybody safe. People act like it’s been five years without sports. It’s only been about five or six weeks (actually nine).”

CANNIZZARO: PGA Tour vet is as conflicted as I am about golf reopening in June https://t.co/am9lfC4CZ1 via @nypostsports

It would appear as if Perez is in the minority among his peers, especially those who spoke to USA Today’s Steve Dimeglio. Kevin Kisner, Zach Johnson, Harold Varner III and Brian Harman were quoted in the piece saying essentially the same thing: the Tour has taken the proper precautions and it’s time to get back to playing professional golf.

“This thing is not going away. You can’t mitigate the entire risk. At some point you have to open up this country,” Johnson said. “You have to start thinking about some semblance of normalcy.”

“We’re going to go about with the safest, healthiest way to get back to work and have a quality product for our fans, have a presentable product for TV and help the world with something to watch,” Kisner said.

But Perez has concerns despite the lengthy Health and Safety Plan the Tour disseminated.

“Let’s say I leave Scottsdale and I don’t have that virus and I get to Dallas and I’ve got it?” he said. “The Tour’s going to have a real problem with me if that happens.

“Let’s say a guy gets tested on Tuesday and he tests positive when he comes back on Thursday. Is he (disqualified)? And, are you telling me that if Tiger Woods or Rory McIlroy or another big name that drives our Tour is leading entering Sunday, you’re going to DQ him if he tests positive? I dare you. There’ll be a [bleeping] riot.

“I just can’t believe that they’re going to get 700 or 800 people back in an area together when really we don’t know when the end of this thing is. Just wait until we can do it safely. If we’ve got to wait until September, then wait.”

Interestingly, though, despite his questions and concerns, Perez will be in the field next month.