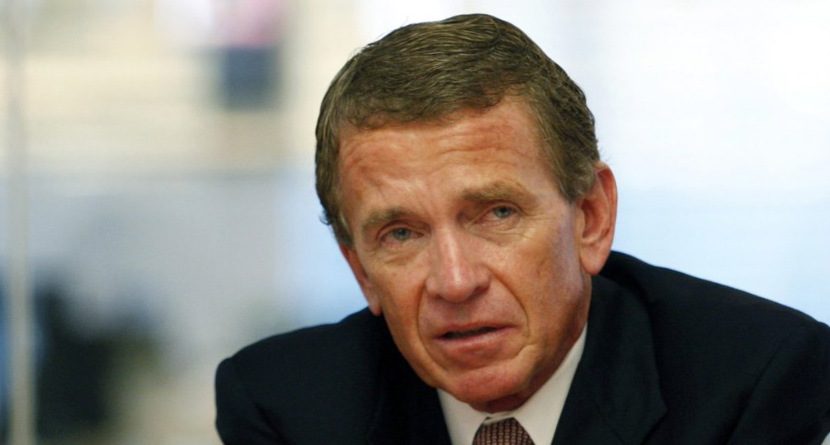 12 extra guys will get a chance to tee it up in this week’s Shriners Hospitals for Children Open due to a clerical error by the PGA Tour. Originally, the event petitioned to cut down the field from 144 to 132 due to the fact daylight at TPC Summerlin in Las Vegas is an issue this time of year. Now, it will be a challenge to make the 36-hole cut by the weekend.

The Las Vegas Review-Journal has the full story:

TPC Summerlin will have to work hand-in-hand with Mother Nature for the first two rounds of the Shriners Hospitals for Children Open in hopes the 144-player field will have sufficient daylight to get around the course on time.


“The weekend’s no problem,” tournament director Patrick Lindsey said. “It’s the first two rounds where you have to go to the following day. More than likely, we’ll be finishing up Thursday’s first round Friday and Friday’s second round Saturday morning. There’s only so much you can do.”

For the first time, the Shriners Open is being played in November, as the PGA Tour had to push back the finish of its 2015-16 season to accommodate the Olympics and Ryder Cup. It also meant delaying the start of the 2016-17 schedule and holding the Las Vegas Tour stop in early November instead of mid to late October, as traditionally has been the case.

With that in mind, the Shriners Open petitioned the tour in December to reduce the tournament field from 144 to 132 players in hopes of not having play spill over to the following day. The tour agreed, but a clerical error failed to have the reduction to 132 put into the tour’s computer. So when players and agents started looking into playing Las Vegas, it was with a 144-player field in mind.

“They realized the mistake, but at that point there was nothing they can do,” Lindsey said. “We’re the fifth event next year, and we are playing in November again (Nov. 2 to 5). But we will have 132 in the field for 2017.”

The first groups will tee off around 7:05 a.m. Dusk falls around 5:40 p.m., so anyone still on the course at that point can plan on hearing the horn and having to pick up where they left off the following day.

“It’s not the ideal situation,” Lindsey said. “But we’ll try to make the best of it. If we can tee off promptly, and if the play is at a good pace, we’ll have fewer golfers stranded out on the course.”

The more the merrier!