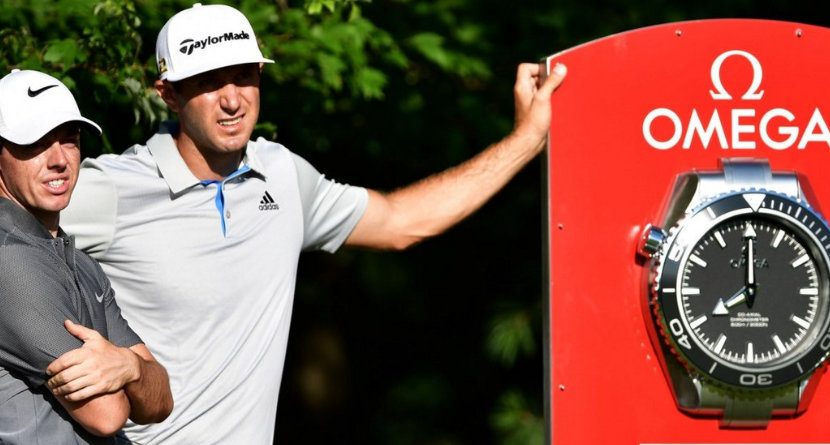 The new PGA Tour season kicked off last week, and along with it came a few new rules, one of which will force players to participate or else their bank accounts will take a hit. A new “strength-of-field” provision has been added to the PGA Tour rule book that will force more widely-known players to play in events that they haven’t participated in recently.

The new rule requires players who didn’t have at least 25 starts in the previous season to add an event to their schedules that they hadn’t played in the last four years.

Those who fail to meet the new requirement could be subject to a “major penalty,” which under the Tour’s regulations would be a fine in excess of $20,000 or a possible suspension.

“It was pretty easy because I wanted to go to Napa anyway,” Casey said. “It’s a good rule. Maybe there are events that have had weaker fields in the past, they might get a couple of guys they might not ordinarily get.”

After decades of debate over strength-of-field concerns and the rights of independent contractors, the new rule is something of a compromise. Although various regulations have been proposed over the years to improve tee sheets at certain tournaments, there was always a degree of opposition from players. There was also a concern from tournament organizers that didn’t want their event to be labeled as inferior.

Nobody wants to pay millions of dollars to slap their name on a tournament with a lackluster field and be considered second-tier. On the flip side, most of the top players are able to pick and choose where and when they want to play. This compromise now allows players who don’t meet the minimum requirement to plan well ahead of where they need to play, without disrupting their normal schedules.

For perspective, of the 125 players that advanced to last season’s playoffs, 47 fell short of the minimum requirement. Majors, World Golf Championships, playoff events and the biennial Presidents and Ryder Cups are excluded. Also, a player is exempt from the rule if they are a life or veteran member who is at least 45 years old (i.e. Phil Mickelson).

Another new wrinkle the PGA Tour added in this season has to do with one word. The standard has basically always been “top-70 professionals and ties” make the cut. Now, it’s just “top-70 and ties.” Amateurs count as part of the top-70, meaning a pro can be bounced off the cutline by somebody who isn’t allowed to receive a paycheck.