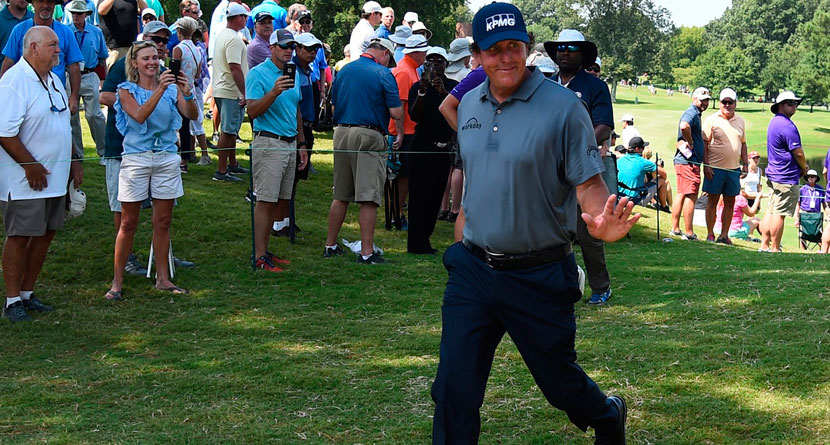 At 49 years of age and having embraced social media fully, Phil Mickelson’s influence over golf fans has never been stronger; at least that’s what Amstel Light is buying into.

The Heineken subsidiary has entered into a “true business partnership” with Mickelson, according to Quinn Kilbury, Heineken USA head of partnerships and consumer experience, which is aimed a rejuvenating a brand that has been lost in the shuffle of the company’s branding efforts.

According to Golf.com’s Dylan Dethier, Mickelson and the beer brand have worked out a deal that gives the 5-time major winner some stake in the company.

“The short answer is if we’re growing Amstel Light, we all make more money,” Kilbury said. “In the end, that’s why we have a deal. We both have skin in the game, and if you know Phil, that’s his personality.”

Despite Mickelson’s wavering success on the course, Amstel is not partnering with him necessarily because he’s a golfer at the top of his game.

“That’s not what we were looking for,”Kilbury said. “It’s more about having a beer with friends and he’s a guy you want to have a beer with. That’s his presence and he just hit all those Ts.

“As far as beers go, it checks a lot of boxes. That’s helpful. He likes the perception of the brand, the good feeling of it. We feel we can get it back to the monster brand it was before we took our eye off it and he wants to help get it there.”

Mickelson’s ascendence on social media is a big piece of his incentive because there’s not a big budget for marketing campaigns.

Only Amstel lights and only once a month

“What we can produce next year and the ways we can bring the brand to life because he’s naturally enthusiastic and incentivized to do so will be great for us,” Kilbury said. “It’s going to be fun. We don’t have a big budget, so we need to make it fun.

“(Mickelson is) the only one that made sense with the consumer target given the business structure we wanted to make.”