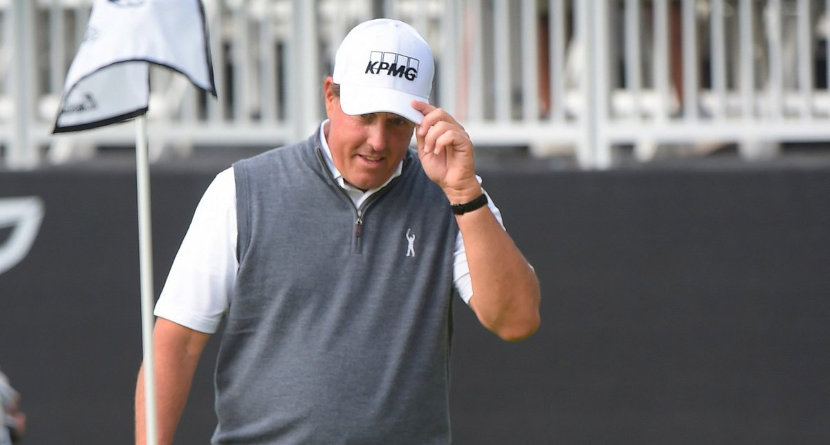 Phil Mickelson announced earlier this week that he has parted ways with financial services company, Barclays, ending one of the longest-standing relationships in golf. He begins a new partnership with Intrepid Financial Partners, a power & energy focused merchant bank, which was co-founded by Skip McGee who conveniently was a powerful executive with Barclays before stepping down in 2014.

One of the longest sponsor relationships in golf came to an end Wednesday, as Phil Mickelson replaced Barclays with another company in the financial sector, Intrepid Financial Partners.

Mickelson, who had a relationship with the bank for nine years, wore the Barclays logo on the right side of his polo shirt and was paraded around by the company every August for the PGA Tour event it sponsored from 2005 to 2016.

In an interesting twist, Intrepid’s founder and CEO, Hugh “Skip” McGee, was with Barclays from 2008 to 2014 before leaving as its top U.S. executive to start Intrepid, an energy-focused merchant bank based in New York and Houston.

“I can’t think of a better ambassador for the Intrepid brand than Phil,” McGee said, in a statement.

Unlike the Barclays deal, Intrepid’s logo will not appear on Mickelson’s clothes. This season, Mickelson added his own logo on his shirt, a silhouette of him jumping up after winning the 2004 Masters.

Financial services company KPMG, which also signed Mickelson in 2008, still has its deal with the 46-year-old golfer.