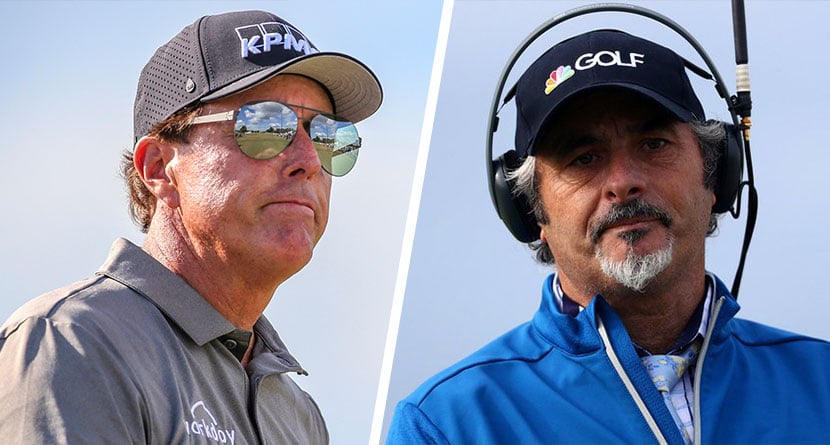 Famous sports gambler Billy Walters, who was serving a five-year sentence for insider trading, is a free man today thanks to a little help from some of his golf buddies.

On former President Donald Trump’s final day in office, he granted clemency to 143 people on his final day, including 70 who received commuted sentences. Walters did not receive a full pardon, which means the crime would be wiped from his record, but he will not have to serve the rest of his sentence, which had just less than a year remaining.

Mickelson didn’t face criminal charges in the case but was ordered to pay back nearly $1 million plus interest for “ill-gotten gains” stemming from a Dean Foods insider trading plan. Walters was critical of Mickelson during his trial for opting not to testify.

Walters blamed Mickelson for not testifying at his insider trading case to clear his name https://t.co/4OqqNJQTZV

Among other notable golfers to offer support for Walters’ commutation were David Feherty, Butch Harmon and Peter Jacobsen.

When he was convicted, Walters was forced to repay more than $40 million.

According to the White House’s statement, Walters had paid $44 million in fines, forfeiture and restitution.

“I am thankful to the President and extremely grateful for the longstanding support of friends and family, especially my wife, Susan,” Walters said in a statement. “I have tried to lead a life marked by concern for others and I hope those qualities, along with the government misconduct that led to my wrongful conviction, convinced the White House to grant me clemency.

“I also hope this sends a strong message to law enforcement to refrain from illegal misconduct in pursuing their targets. I look forward to vindication as I pursue my civil damages case in federal court.”

Mickelson, via his attorney, Glenn Cohen, told ESPN.com that Mickelson was not involved in the commutation.

“Phil had nothing to do with this,” Choen said. “The press release referencing Phil Mickelson is erroneous. The reason we are upset is because it’s untrue.”