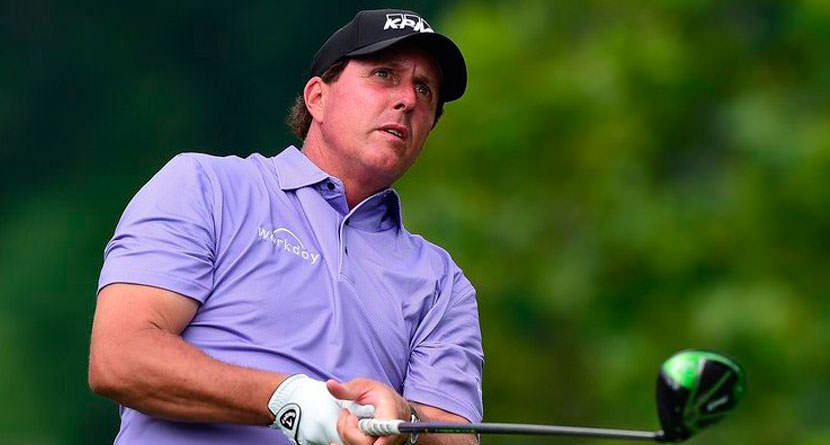 When you have one of the biggest and most recognizable stars on your staff, any smart company will do whatever it takes to keep that star in their corner. That’s exactly what Callaway Golf did with Phil Mickelson, announcing on Tuesday that they had resigned the five-time major champion to a lifetime extension.

Mickelson began his relationship with Callaway in 2004 in controversial fashion, switching from Titleist just before the Ryder Cup. Since then, Mickelson has won 20 times on the PGA and European Tours, including four of his five major championships.

Phil Mickelson re-signs with @CallawayGolf, ensuring that Lefty will play Callaway equipment for the rest of his competitive playing career. pic.twitter.com/IlcELSPYxD

The Cision PR Newswire had more information about Mickelson’s extension.

Callaway Golf Company today announced it has extended its relationship with Phil Mickelson, solidifying that the five-time major champion will play Callaway equipment for the remainder of his competitive playing career.

While terms of the partnership were not released, it reconfirms the relationship between Callaway Golf and Phil Mickelson as one of the flagship endorsements in global sports. Lagardère Sports, Mickelson’s management representative, and Callaway confirmed that both parties are equally aligned in their mission to win in all categories.

As part of the new agreement, Mickelson will continue to play a full complement of Callaway Golf equipment throughout his professional career. Since joining Callaway in 2004, Phil has won 21 of his 42 PGA Tour titles, including four of his five major championships.

“Phil has meant so much to Callaway and to the game of golf,” said Callaway Golf President and CEO, Chip Brewer. “He is a dynamic athlete and an iconic ambassador. We are excited to continue our relationship with him for years to come.”

“Our long association has been hugely important to my career and this extended agreement is a great honor,” said Mickelson. “We’ve enjoyed close personal and working relationships for 13 years and I’m very grateful that it will continue through my playing days and beyond.”