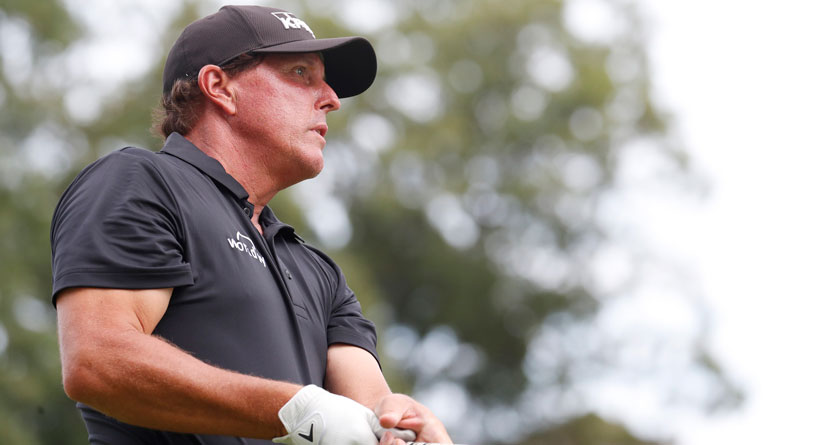 Aces on the PGA Tour aren’t nearly as exciting as they are when you’re out playing with your buddies. After all, these guys do this for a living.

However, when they’ve got a driver in hand, more than 350 yards between them and the green and the ball takes a look in the hole, that’s a different story.

While most American golf fans were sleeping on Thursday night, some of the PGA Tour’s biggest names were playing in the CJ Cup @ Nine Bridges on Jeju Island, South Korea. Among those in the star-studded field is Phil Mickelson.

After making headlines earlier this week for taking himself out of the running for a Presidents Cup captain’s pick, Mickelson injected himself back into the limelight with a ridiculous near-ace on the drivable par-4 14th hole on Friday.

Mickelson was able to tap in for his eagle, but in true Mickelsonian fashion, he gave back the two strokes he picked up with bogeys on the next two holes, playing that three-hole stretch in even par.

He did finish the round with a birdie on the par-5 18th to shoot an even-par 72, which left him at 2-under par for the event and in a tie for 33rd place, 11 shots back of 36-hole leader Justin Thomas.