Phil Mickelson Considering Dropping Out Of Lawsuit Against PGA Tour 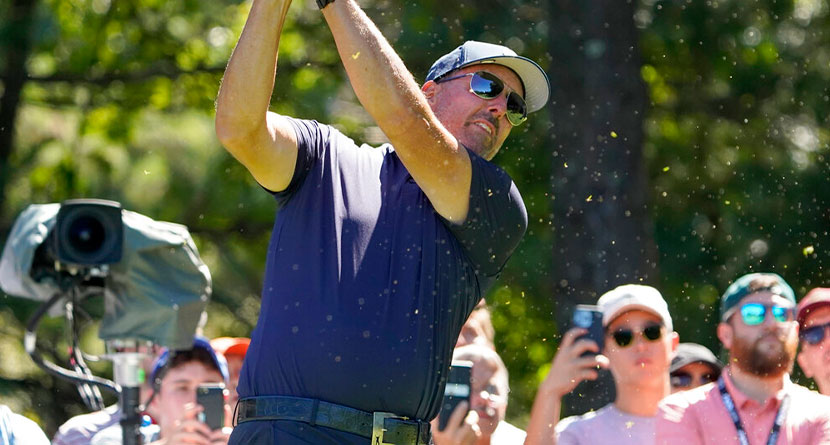 After the Pro-Am at the LIV Golf Invitational in Chicago, Phil Mickelson told Bob Harig of The Morning Read that he is thinking about pulling his name out of the current lawsuit that multiple LIV players have against the PGA Tour.

He mentioned that LIV being a part of the lawsuit has changed his thinking slightly. The lawsuit was filed in early April and currently has a trial date set for January of 2024.

“Now that LIV is involved, it’s not necessary for me to be involved,’’ Mickelson said at Rich Harvest Farms. “I currently still am. I don’t know what I’m going to do, really.

“The only reason for me to stay in is (monetary) damages, which I don’t really want or need anything. I do think it’s important that the players have the right to play when and where they want, when and where they qualify for. And now that LIV is a part of it, that will be accomplished if and when they win.”

Phil Mickelson Considering Dropping Out of LIV Lawsuit: ‘It’s Not Necessary For Me’ https://t.co/FeHCK3QB6e via @si_golf

Mickelson has also mentioned multiple times that the PGA Tour is his past and LIV Golf is his future.

“I have moved on,’’ Mickelson said in the interview prior to the LIV Golf Boston event. “I’m going in a different direction and really trying to help take LIV Golf to where I think it go. What it provides is an opportunity to take world-class golf globally.’’

The antitrust lawsuit was brought on by Mickelson and was joined by 11 other players, including Bryson DeChambeau. Three LIV players — Matt Jones, Talor Gooch and Hudson Swafford — also took to the courts to get a temporary restraining order to let them play in the FedEx Cup Playoffs to no avail.

After the opening round of LIV Chicago on Friday, Mickelson remarked that he thinks the PGA Tour and LIV should work together, which could be another reason for him to pull his name off the lawsuit.

“The PGA Tour, for the last 20 or 30 years has had all the best players in the world. That will never be the case again. LIV Golf is here to stay,” Mickelson said after carding 2-under 70 in the opening round.

“The best solution is for us to come together,” he added. “I think that the world of professional golf has a need for the old historical ‘history of the game’ product that the PGA Tour provides. I think that LIV provides a really cool, updated feel that is attracting a lot of younger crowds.

“Both are good for the game of golf and the inclusion of LIV Golf in the ecosystem of the golf world is necessary. As soon as that happens, we all start working together. It’s going to be a really positive thing for everyone.”

However, Greg Norman recently that LIV has “no interest” in working with the tour currently as the their model has been proven to work.