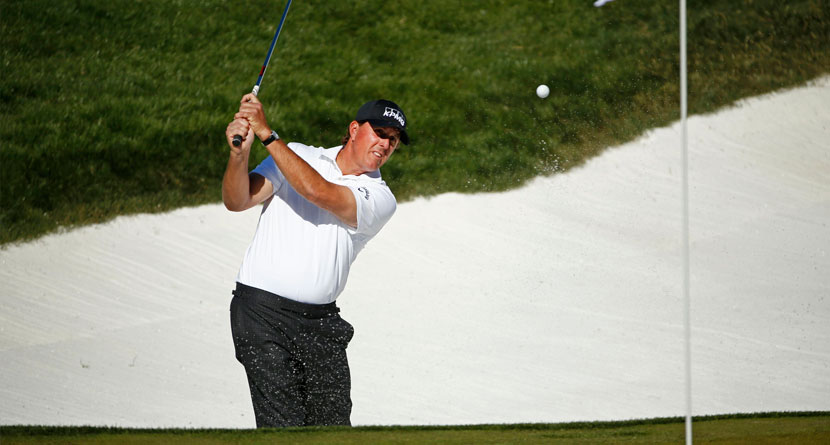 For the first time since 1990, Phil Mickelson won’t be teeing it up in the Arizona desert at the Waste Management Phoenix Open, instead opting to go a more controversial route by committing to play in the European Tour’s Saudi International the last week of January.

“I am really looking forward to playing in Saudi Arabia in January,” Mickelson said in a statement in The Saudi Gazette. “I watched Dustin (Johnson) win the title last year and thought the course looked like an interesting challenge. Having so many talented players also made it look like a much more established tournament than one in its inaugural year. I have enjoyed my previous visits to the Middle East and am looking forward to playing in a new country and doing my bit to grow the game in the Kingdom.”

Mickelson’s commitment came in conjunction with that of Tony Finau, which bolstered an already-stout field expected to be made up of the likes of Johnson, Brooks Koepka, Shane Lowry, Patrick Reed, Henrik Stenson and Sergio Garcia.

Naturally, Mickelson’s commitment to a controversial event in a controversial part of the world drew the ire of more than a few golf fans and critics, but Mickelson handled his own public relations via Twitter on Monday evening.

Saying that as a 50-year-old in 2020, Mickelson could have already played in his last Phoenix Open, a fan responded by saying that Mickelson is “better than taking the money grab from a corrupt regime.”

After turning down opportunities to go to the Middle East for many years, I’m excited to go play and see a place in the world I’ve never been. I understand those who are upset or disappointed. You’ll be ok. I’m excited to experience this for the first time.

“After turning down opportunities to go to the Middle East for many years, I’m excited to go play and see a place in the world I’ve never been,” Mickelson responded. “I understand those who are upset or disappointed. You’ll be ok. I’m excited to experience this for the first time.”

Mickelson, who played collegiately at Arizona State, has teed it up in the Phoenix Open 30 times dating back to his days as a collegiate amateur. He’s won the event three times over the past three decades — 1996, 2005, 2013.

Given that I turn 50 this year, there’s a good chance I’ve played my last Phoenix Open. We’ll see.

He will turn 50 in June and has 44 PGA Tour victories to his name, the most recent of those coming in February at the AT&T Pebble Beach Pro-Am. Of his 10 European Tour victories, only one wasn’t a co-sanctioned event with the PGA Tour, the 2013 Aberdeen Asset Scottish Open.