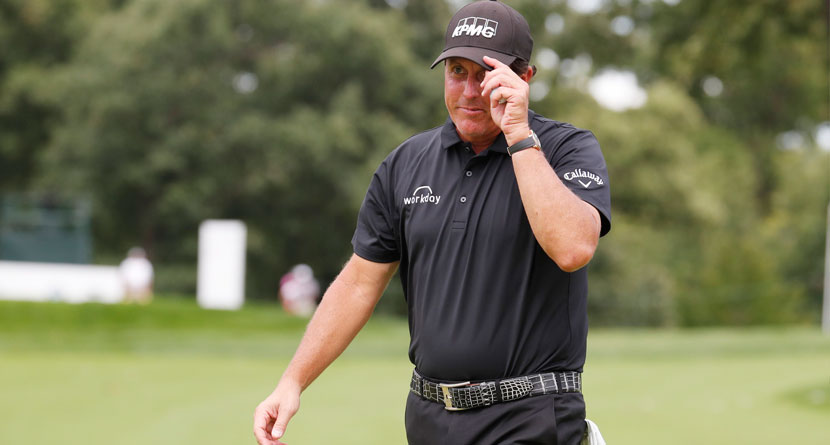 For the first time since November 28, 1993, Phil Mickelson is ranked outside of the top-50 in the Official World Golf Rankings.

Following a T28 finish at this past weekend’s WGC-HSBC Champions in China, Mickelson fell to No. 51 in the world, ending a 26-year streak that spanned 1,353 weeks, the longest streak since the introduction of the official rankings in 1986.

“It was a good run,” Mickelson said. “Unfortunately, the last eight months I played terribly and have fallen out. But I’ll get back in there.”

Tomorrow, @PhilMickelson will drop out of the top 50 in the world.

It’s been a while… pic.twitter.com/WHSQ983fsu

Putting the streak into perspective, Jon Rahm, Matt Fitzpatrick and Sung-Jae Im, all of whom are ranked ahead of Mickelson this week, have spent their entire lives with Mickelson inside the top-50 in the world.

So many things could have derailed him—injury, swing, personal life, competition—and he remained in that elite club for nearly 26 years.

Mickelson will likely see another record snap shortly as he has virtually pulled himself from the running for a Presidents Cup pick.

For the last 24 international team competitions, Mickelson has been a playing member of the team, but he said on Wednesday in South Korea that he’s not a viable option for this coming December’s Presidents Cup team.

“There are much better options of players that have played consistently at a high level that deserve to be on the team,” Mickelson said three weeks ago. “Even if I were to win, I have not done enough to warrant a pick. I’m not asking for one. I don’t expect one. I think there a lot of better options for the U.S. side.