Phil Mickelson Gambled Away $40 Million In Four Years, Per Biographer 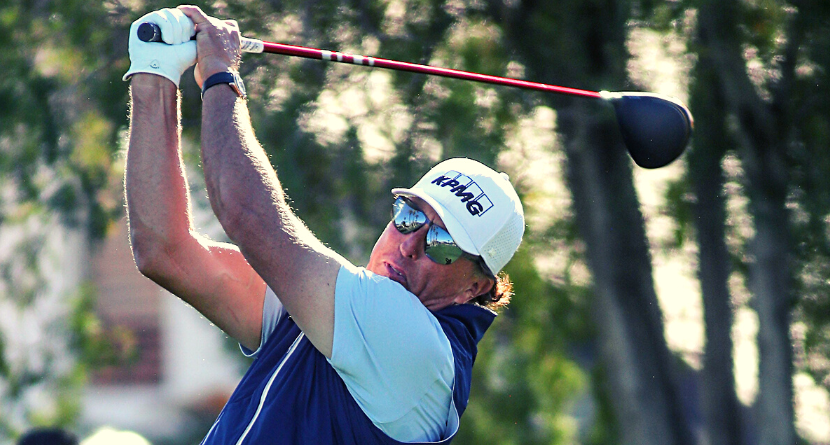 Phil Mickelson racked up $40 million in gambling losses over a four-year period, according to an excerpt from the forthcoming biography authored by Alan Shipnuck.

Published on the Fire Pit Collective website on Thursday, the explosive chapter seems to explain, if not excuse, Mickelson’s erratic behavior in recent months. Was debt the driving force behind Mickelson’s crusade against the PGA Tour and his ensuing tumble from grace? Financial records disclosed to government auditors during the insider trading case of Billy Walters, a gambler with whom Mickelson was ensnared in the scandal, revealed that Lefty’s losses occurred from 2010 to 2014.

Couple the cold streak with some lean years on the course and some frivolous spending, and Shipnuck quite convincingly paints a portrait of a desperate man.

“In those prime earning years, Mickelson’s income was estimated to be just north of $40 million a year,” Shipnuck writes. “That’s an obscene amount of money, but once he paid his taxes (including the California tariffs he publicly railed against), he was left with, what, low-20s? Then he had to cover his plane and mansion(s), plus his agent, caddie, pilots, chef, personal trainer, swing coaches and sundry others.

“Throw in all the other expenses of a big life — like an actual T. Rex skull for a birthday present — and that leaves, what, $10 million? Per the government audit, that’s roughly how much Mickelson averaged in annual gambling losses. (And we don’t know what we don’t know.) In other words, it’s quite possible he was barely breaking even, or maybe even in the red. And Mickelson’s income dropped considerably during his winless years from 2014 to ’17.”

Buried within the excerpt was a mini bombshell regarding Mickelson’s breakup with longtime caddie Jim “Bones” Mackay — or, as Shipnuck frames it, Mickelson’s firing by Mackay. Money, per the author, was a “big factor” in the fracture.

The book is set to be released on May 17, the week in which Mickelson is due to defend his title at the PGA Championship. The 51-year-old has registered for the event but has remained mum on his plans for the remainder of the 2022 season