Phil to Compete Against the LPGA Tour’s Best 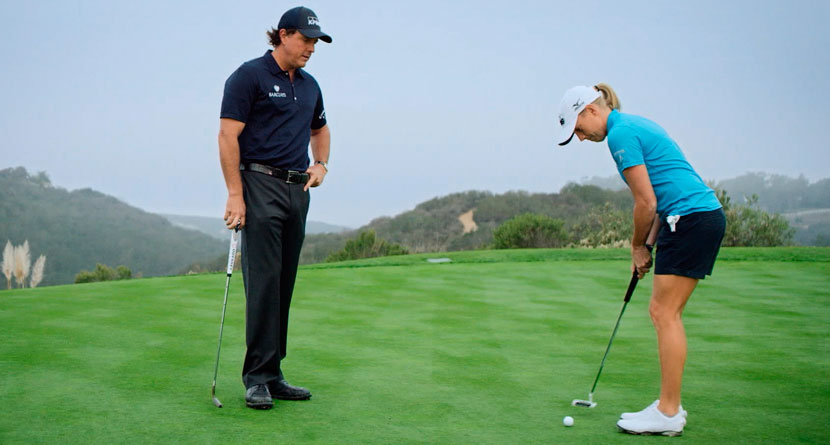 Phil Mickelson’s name has been in the news a lot recently. From his decision to skip the U.S. Open to attend his daughter’s high school graduation to his shocking split up with longtime caddie, Jim “Bones” Mackay, it’s nice to get some good news about everyone’s favorite left-handed golfer.

Lefty will be on hand at the women’s second major championship of the year, the KPMG Women’s PGA Championship. A brand ambassador for the presenting sponsor, Mickelson will try to prove that his short game is still sharp despite his recent time away from the course.

Going up against the likes of Lydia Ko, Stacy Lewis and Brooke Henderson, Mickelson’s famous short game will be put to the test in a skills challenge. GolfDigest.com’s Stephen Hennessey has more information.

One of golf’s most skilled short-game artists will be putting his skills to use against some of the LPGA Tour’s best next week. Phil Mickelson will participate in a Skills Challenge at next week’s KPMG Women’s PGA Championship at Olympia Fields in Illinois, which will pit him against Lydia Ko, Stacy Lewis and Brooke Henderson, the defending champion of this women’s major.

The group will compete in three timed skills challenges — chipping to an arrangement of targets, then hitting a flop shot over an eight-foot wall before having to try to break panes of glass (with their faces on each of them) — in a kind of Big Break meets American Ninja Warrior challenge. ESPN’s Mike Greenberg will host the event and conduct a Q&A afterward with a collection of youth golfers in attendance.

The Skills Challenge will take place on the South course at Olympia Fields, site of the 2003 U.S. Open and where next week’s KPMG Women’s PGA will be. Mickelson doesn’t have the best history at the course, finishing T-55 at that ’03 U.S. Open.

Both Lewis and Mickelson are under contract with KPMG, making the challenge a perfect fit for fans and sponsors.