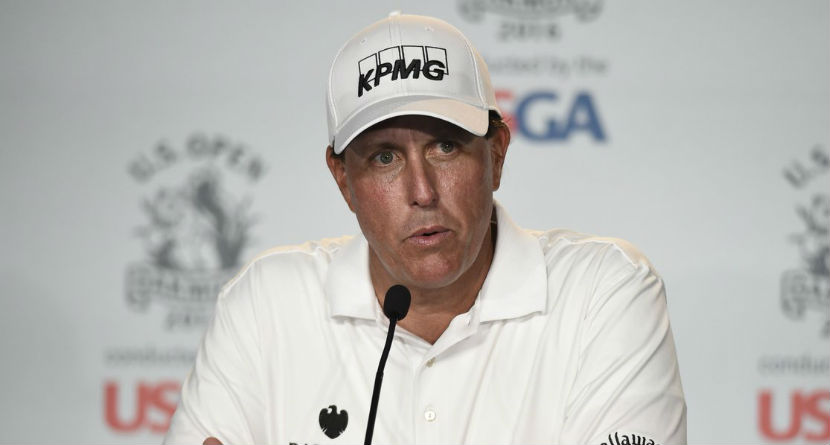 If Phil Mickelson had a Facebook status for his relationship with the USGA, it would probably read “it’s complicated.” The outspoken Lefty, who has finished runner-up a record six times at the U.S. Open in his career, fielded a few questions about this year’s venue during his post-round press conference after another frustrating weekend at the Players.

“I haven’t been there yet, no. So I don’t have anything on the books yet,” Mickelson stated when asked to share his thoughts on Erin Hills. This will be the first time the Wisconsin track will host the U.S. Open.

Then things escalated quickly when Phil was asked about the USGA’s handling of the event in recent years and the pressure they face to get this one right. If you recall, 2015 featured fescue greens at Chambers Bay which a majority of the players despised.

Happy to be done. Not my best game this week but what a shame to play a @usopengolf on the worst greens I have ever played at… Shame.

And then who could forget the USGA’s gaffe involving Dustin Johnson in 2016 at Oakmont.

This is ridiculous… No penalty whatsoever for DJ. Let the guy play without this crap in his head. Amateur hour from @USGA

“I don’t think it really matters either way. It’s the U.S. Open, guys are going to play it no matter what,” Mickelson explained, essentially taking a shot at the USGA for their shortcomings. “I don’t know if doing one thing right is going to fix that.”