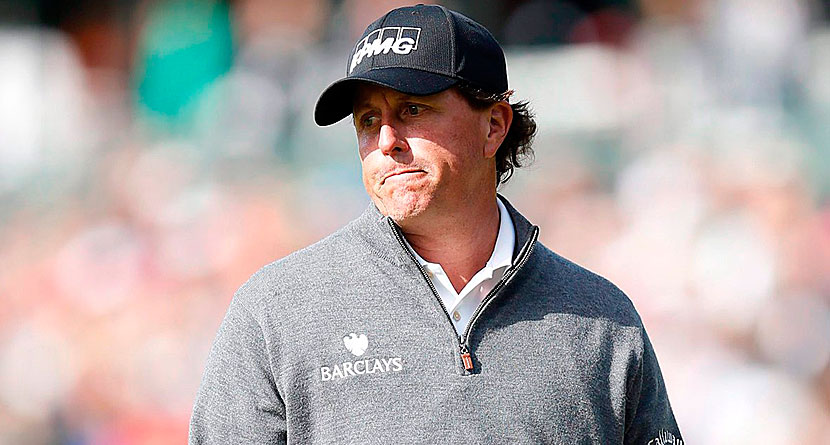 Just as Tiger Woods seems to have overcome his recent surgical struggles, Phil Mickelson has become mired in them. The five-time major champion had to undergo a second sports hernia surgery following his original procedure, which took place on Oct. 19.

Phil Mickelson had surgery to repair a recurrence of the sports hernia for which he was originally treated in October, which puts in doubt his scheduled return to competitive golf next month at the CareerBuilder Challenge, where he is serving as tournament ambassador.

Mickelson’s management group, Lagadere Sports, announced the surgery Monday night but did not say when it occurred, only that a full recovery is expected and he was looking forward to the CareerBuilder tournament near Palm Springs, California, “at least in his role as tournament ambassador.” The tournament is Jan. 19-22.

Phil Mickelson has undergone a second surgery for sports hernia since the end of last season. There is no specific timetable for his return.

The event traditionally kicks off a run of events for Mickelson, 46, that would include the Farmers Insurance Open in his hometown of San Diego followed by the Waste Management Phoenix Open in consecutive weeks.

While Mickelson’s second procedure will not likely cause much long-term damage or strife, it throws the beginning of his 2017 campaign into limbo.