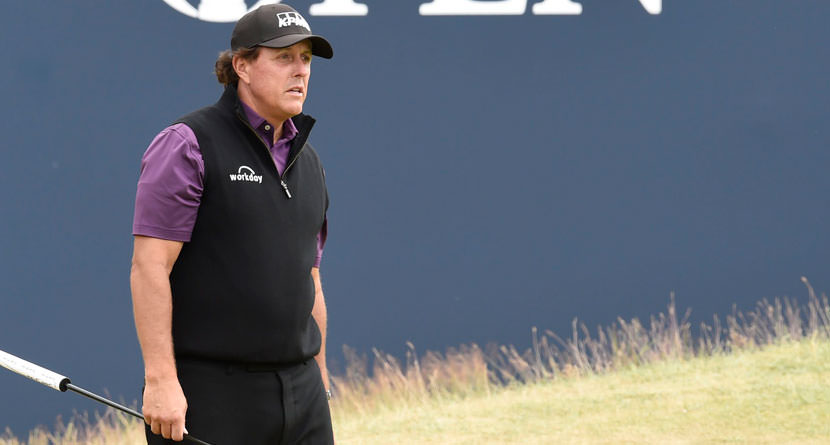 Phil Mickelson’s short game is the stuff of legend. The affable left-hander has made a cottage career out of his play around the greens, but he’s still able to make us shake our head in disbelief when he pulls of something crazy like he did on Tuesday at the Open Championship.

Working in the short game practice area, Mickelson and European Tour pro Gary Evans decided to replicate on of Phil’s most famous shots — the full-swing flop over the head of short game instructor Dave Pelz. While Evans, who is listed as 5′ 10″, doesn’t have the stature of the 6′ 5″ Pelz, he did have the fortitude to allow Phil to hit the shot off of the hardpan of the baked-out turf at Carnoustie.

Retweet if you’d let Phil flop it over you from a tight lie two feet in front of tour face ?

While the original video was taken by Phil’s brother and caddie, Tim, alternate angles were also shot, which show the speed of the swing and just how close — or not close — the ball game to hitting Evans in the face.

We’re not sure what Evans was thinking, but if you’re going to let someone hit a flop shot over your head, Phil is definitely the man to do it.