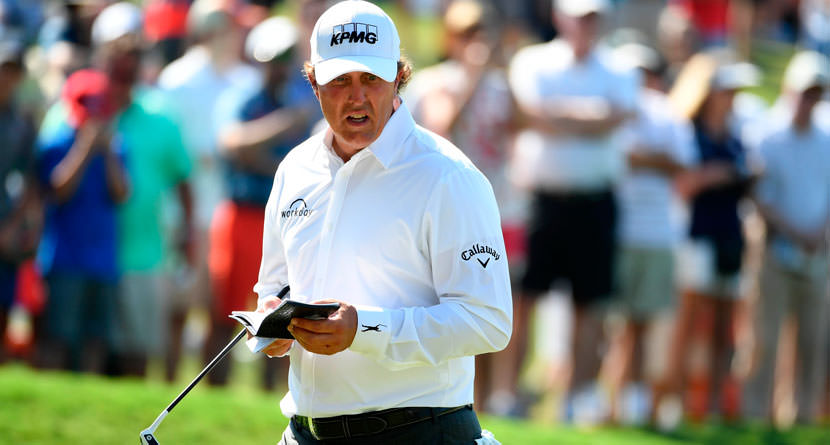 We all are envious of Phil Mickelson’s golf game and try to emulate him on the course, and now you can take that sincerest form of flattery to the next level by wearing what Phil does.

Lefty’s much-talked-about Mizzen + Main long-sleeve button-down shirts are now available for public purchase through the company’s Phil Mickelson Logo Collection, according to a report from Sports Business Daily. The shirts feature the Mickelson jump logo that was made famous after he holed the putt to win the 2004 Masters.


Mickelson debuted his new style at the Masters earlier this year, but a deal with the clothing company was announced at The Players Championship last month. Mickelson wore the long-sleeve version of the shirts in competition at TPC Sawgrass and he wore a short-sleeve version last week at the Memorial Tournament.

According to the SBJ report, the launch of the Mickelson line featured pop-up shops in Atlanta and Fort Worth.

The Mizzen + Main website has the shirts for sale starting at $135 and topping out at $155.