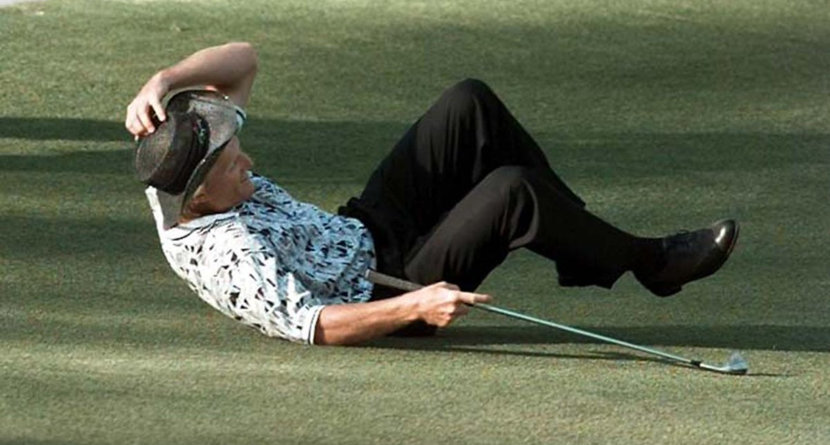 Greg Norman must be happy.
No longer the biggest choker in sports history. #PSG

Of course, his reference was about Norman’s meltdown at the 1996 Masters where he shot a final round 78 essentially handing the green jacket to Nick Faldo. What Morgan failed to recognize was Norman’s 91 professional wins, two majors, and 331 weeks as the world’s top-ranked golfer…plus the fact Norman is Austrailian, and not from France! Fortunately, the masses on Twitter knew their facts and took the opportunity to roast the amateur golfer:

@piersmorgan seriously? 2 majors, over 90 wins and world number 1 for years. Get your facts right. Other than the Masters he was robbed

@piersmorgan Final round of 64 to win the Open, unlucky not to win more than 2 majors. 91 wins, world number for years. You know nothing!

For what it’s worth, here’s a look at Morgan’s attempt at a golf swing:

What are your thoughts, Mr. Norman?