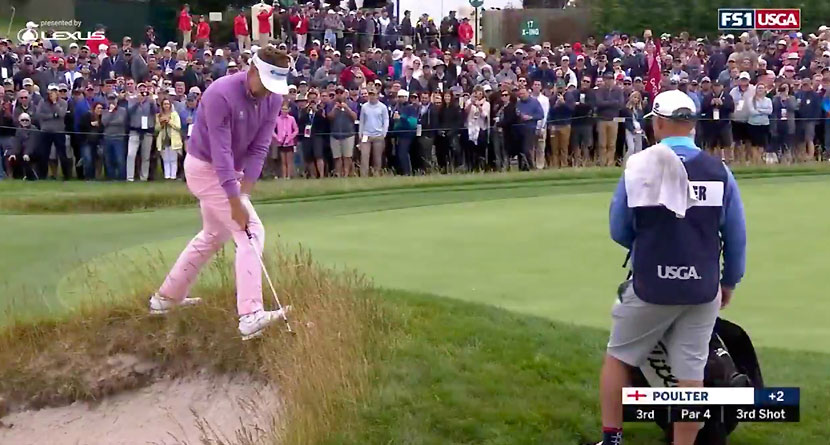 Despite having a game that would seemingly fit the setups well, Ian Poulter has never finished better than T12 at a U.S. Open, and he won’t better that mark in 2019 after a horrible lie on the par-4 third hole derailed his bid to play the weekend.

Playing his 12th hole of the day, Poulter’s approach shot came up short and right of his intended target and got stuck above one of Pebble Beach’s greenside bunkers.

Requiring an awkward manufactured stance, Poulter whiffed on his third shot and moved his fourth only a few feet.

Ian Poulter ran into some trouble on No. 3, finishing with an 8. #USOpen pic.twitter.com/N0BlSejolL

He would extricate himself on his fifth shot and it would take him three more swipes to hole a tap-in for a quadruple-bogey 8.

The quad proved to be the difference between the Englishman sticking around Monterey Peninsula for the weekend as he birdied three of his last six holes against just one bogey to post a 36-hole total of 4-over par 146, two shots above the cut line.