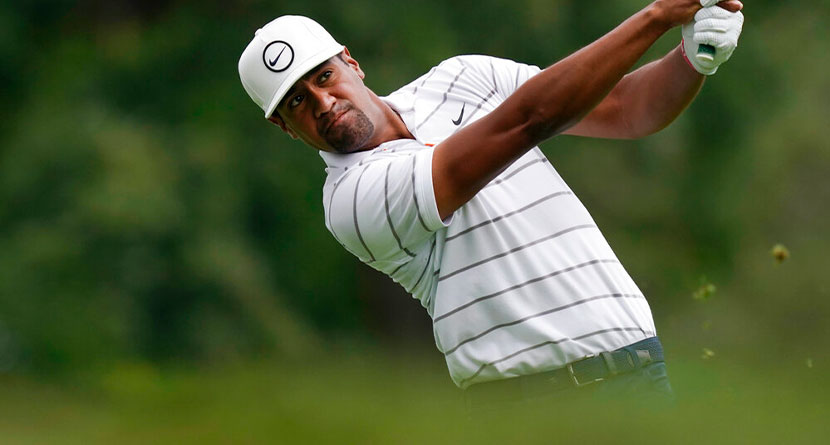 The Presidents Cup is in college basketball country, so it only seemed natural for both captains to be asked for their starting five.

“I kind of like little Tom Kim as a point guard. He’s got a fast mouth on him, too, so he’s perfect for a point guard,” Immelman said.

Davis Love III, who played golf at North Carolina, had an easier time once he gave it some thought. Tony Finau and Scottie Scheffler both give him size and athleticism (and have a history playing hoops).

“We probably can’t jump very high but I bet we’re quick” – Davis Love III when asked who would be their starting 5 if they were playing basketball 😂#PresidentsCup pic.twitter.com/J6e1P3mYkt

“I’m putting Tony out there all the time,” he said. “We’d tape his ankles, though.”

That was a reference to Finau badly spraining his ankle while running backward to celebrate a hole-in-one during the Par 3 Tournament at the 2018 Masters.

Love also liked Jordan Spieth and Kevin Kisner as his shooting guards. He didn’t even get to Sam Burns or Xander Schauffele.

“I still think we’re probably underdogs if we play in basketball, too,” Immelman said.