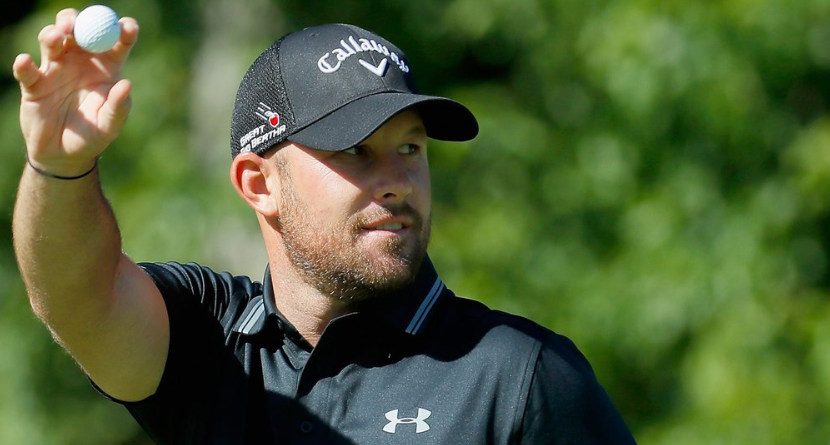 It’s one thing to make a hole-in-one. It’s another to do it two years in a row on the same hole, during the same round, of the same tournament. That’s exactly what Scott Brown did during the final round of the Wyndham Championship contested at Sedgefield Country Club in Greensboro, N.C.

Brown hit the déjà vu button on the par-3 3rd hole, only this time going with 7-iron instead of the 8-iron he used last year.


“Last year opposite wind, one club less. Today it was a 7-iron and it was pretty much identical,” Brown said, according to Golf Digest. “It almost landed pretty much in the identical spot, like a foot short of the hole and I guess, I can’t see it from down there, but I’m guessing it just hopped in.”

The setting also was a little different than a year ago. Brown was was playing in one of the final groups along side none other than Tiger Woods. This year he was paired with camouflage-specialist Boo Weekly seemingly out of contention.

“It was about 25,000 less people there this year,” Brown told reporters afterwards. “Boo said that’s the first time he ever put a 1 on the card, too. Same thing Tiger said to me last year.”

Brown must be racking up quite a tab at the Sedgefield CC bar.