Pro Disqualified After One Hole At DP World Tour Q-School 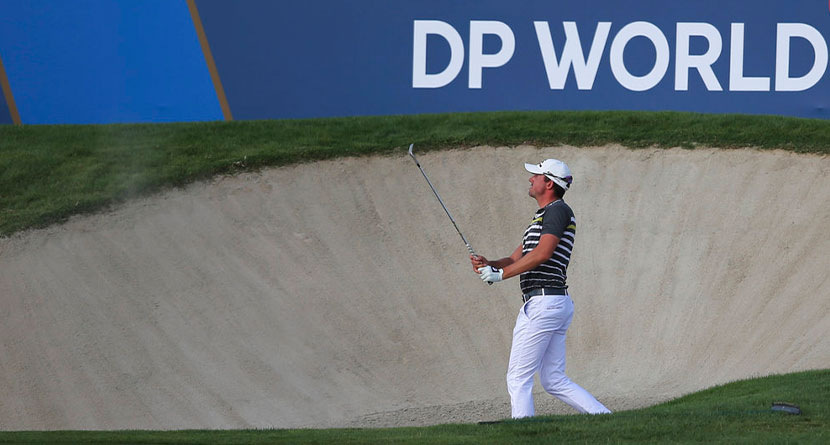 The former PGA Tour Canada and Latinoamerica player paid €2,000 to enter the first stage of the DP World Tour’s Qualifying School last week… and was disqualified after one hole, as Ryan French recently reported.

But it’s why Abercrombie was disqualified that has the golf magazines and Twitter buzzing: Abercrombie had the temerity to use a rangefinder.

Rangefinders were outlawed in golf entirely until a 2006 rule change, which permitted rangefinders under local rules. Later, under 2019’s Rule 4.3a, golfers were allowed such devices entirely.

However, the same rule also states that “the Committee in charge of a competition does have the option to prohibit the use of distance-measuring devices,” which is what did in Abercrombie.

This game and it’s rules are tough sometime:

Blake Abercrombie paid €2,000 for entry fee to Euro Q-school. Flew over to Denmark from US and played one hole.

He used a rangefinder on the first hole, something not allowed in Euro Q school and was DQ’d.

Some professionals have justified Abercrombie’s treatment.

Nicolas Paez, who also played in the tournament, wrote on Twitter, “There was literally a sheet on the tee saying no distance measuring devices and the starter reminded us.”

The incident highlights the growing differences between the professional sport and the game as it is played by millions worldwide where “distance measuring devices” have been adapted as part of every round.

Many club players would hardly dream of leaving the locker room without their “gun,” which is nearly as much a part of standard equipment as golf bags are.

Such an attitude is reflected in the college game: the NCAA first permitted rangefinders for the 2011 championship. Abercrombie himself is a proud product of the collegiate game: an All-Mountain West selection in 2017, the California native won the 2017 California State Fair Amateur with a 16-under par score of 200.

At the highest levels of the sport, however, distance devices are still banned.

Under the view likely preferred by the USGA and other regulatory bodies, then, the incident may represent simply part of the maturing process whereby amateurs make the transition to the professional world, which represents the sport in its best form.

Yet some suggest that this reflects the “culture” of those in charge of these institutions, rather than any rational objection. Such critics might point out that yardage markers on sprinkler heads are also “distance measuring devices.”

In that view, Blake Abercrombie may represent simply the first of many would-be professionals likely to be waylaid by the difference between amateur — especially college — golf and the professional game.

If so, then “to be Abercrombied” might become as much an anachronistic phrase as “being stymied.”