Pro Goes Off On PGA Tour For Lack Of Accountability, Support 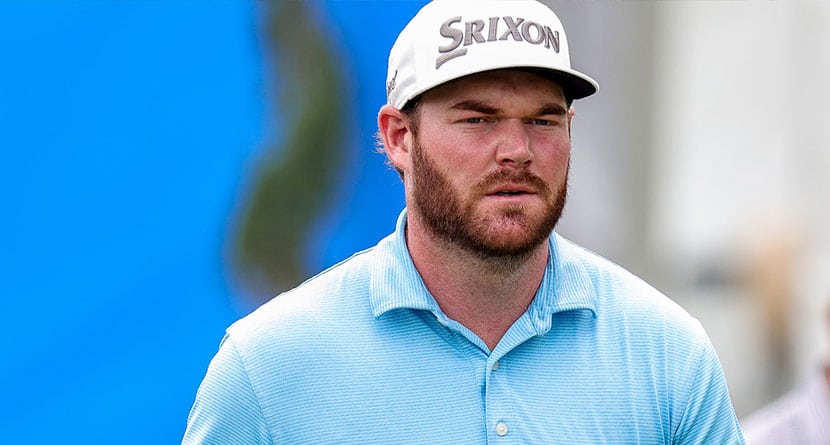 PGA Tour winner Grayson Murray has had a tough go of things in 2020-21, especially on and off the course in the past two months, and on July 23, Murray gave his fans a peek behind the curtain while calling out the PGA Tour for a lack of support and accountability.

In a message posted to Twitter, Murray revealed that he was an alcoholic who has struggled with life on the PGA Tour since getting his card in 2017.

“I’ve played the last 5 years on the PGA Tour. A lot of ups and downs and mostly downs,” he wrote. “Giving the keys of a Ferrari to a kid at 22 and telling him to go full throttle usually doesn’t work. In a very short-term explanation, playing the PGA Tour is absolutely awful for me. I’ve struggled with injuries the last five years, but those seem so minor to what I struggled with internally.”

Laying out some of the less glamorous obligations of being a Tour pro, Murray revealed he is on probation with the Tour due to “being drunk in a hotel bar in Hawaii that caused no scene whatsoever.” He said should he mess up again, he’d have to pay a $20,000 fine.

“Why was I drunk? because I’m a f****** alcoholic who hates everything to do with the PGA Tour life and that’s my scapegoat,” he wrote. “I’ve honestly gotten a lot better since then — actually a lot better — but the Tour’s first response to a scenario they had no knowledge about was to try and take money from me.

“Not once in my five years of being a member has (the Tour) reached out to me with advice or how to deal with the life of becoming a PGA Tour pro.

“No, the PGA Tour didn’t force me to drink, but the PGA Tour never gave me help. In my five years of experience of being on Tour, not once have I ever had a request been acknowledged by the commissioner or the (Player Advisory Council) other than ‘we will get back to you.’

“I hope not only the PGA Tour steps up in the areas they need to step up, but I also hope people are held accountable in the roles they serve.”

The candid statement comes as Murray has struggled both on and off the course in 2020-21. The 27-year-0ld has made just six cuts in his last 22 starts, including a run of nine straight events that have resulted in missed cuts or withdrawals.

In the midst of this tough stretch of play, Murray revealed that he lost his grandmother as well as a great aunt and uncle, which has resulted in his lack of focus on the course.

In response to Murray’s statement, the PGA Tour told GolfChannel.com, “We can unequivocally say that the PGA Tour is a family, and when a member of that family needs help, we are there for him. That has been the case here and will continue to be.”

Murray received many messages of support and compassion from fans, but some of the top responses came from major champions Phil Mickelson and Steve Elkington.

Took a lot to write this…. Yes the Tour has always had a massive blind spot, I’d like to help also if needed

“I’m sorry playing the Tour has been so overwhelming, and if I can help in any way I’d be happy to,” Mickelson responded. “It’s not an easy life for sure, and even winning every year can bring about other challenges. FYI, ‘we will get back to you’ is the only response I’ve ever gotten (from the PAC) too.”

“Took a lot to write this,” Elkington wrote. “Yes, the Tour has always had a massive blind spot. I’d like to help also if needed.”