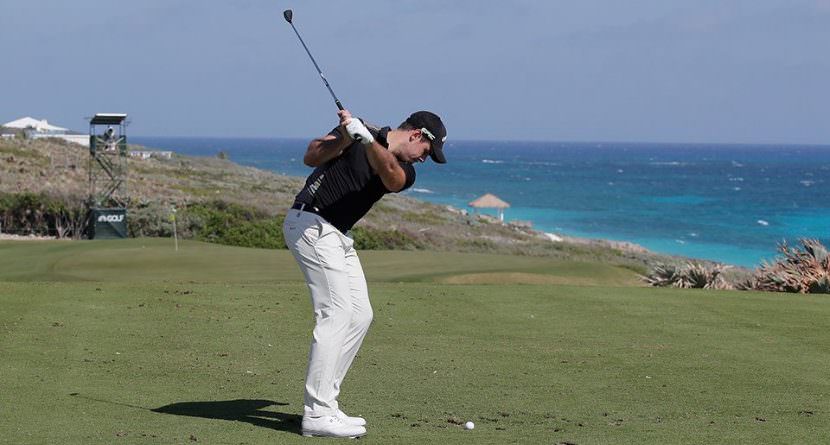 It’s been quite a couple weeks for Web.com pro, Greg Eason. After losing an astounding 32 balls (!) last week in the Bahamas where he shot 91 – 95 to miss the cut at the season-opening Bahamas Grand Exuma Classic, he was back at it again on Sunday at the Great Abaco Classic – also conveniently located in the Bahamas.

When your buddy says, “All you need is a 14 on the last hole for your best score ever…” pic.twitter.com/Cd0rGlc9lK

Eason was cruising along during the first round at eight-over-par through 17 holes, and then history happened. He penciled in a decuple bogey 15 on the par-5 18th, or in layman’s terms, 10-over for the hole, leaving him with a cool 90.

The 15 is the highest score ever recorded on a hole in a Web.com event. Unfortunately, there’s no shot-tracker for this monstrosity. One thing’s for sure, you have to admire his persistence.