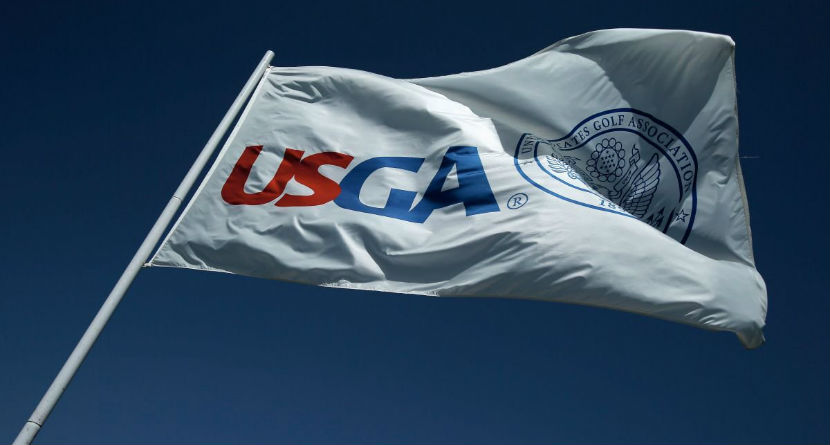 The greatest part of the U.S. Open is that it is literally open to everybody, as long as you have a handicap index of 1.4, or you’re a professional. All an amateur needs to do is qualify, which in most cases is easier said than done. One man who won’t be in the field at Erin Hills come June is Clifton McDonald. You see, Mr. McDonald shot an astounding 55-over par 127 on Wednesday during a local qualifier at Robert Trent Jones Golf Trail at Silver Lakes in Glencoe, Alabama.

That’s not a typo, folks. This is literally what he shot as confirmed by pro Lee McCoy who was playing behind him:

The scorecard of the guy that played in front of me at US Open qualifying today. Shot 68 on his front 9 and decided to finish #NeverGiveUp pic.twitter.com/zfOBJPzNfI

How could this be? Well, as it turns out McDonald was not registered as an amateur, and therefore was apparently allowed to tee it up.

@LeeMcCoyGolf Guess he must of lied about having a 2.4 handicap index.

As for future Open qualifying, it seems like McDonald’s luck may have run out. According to Golf Channel, this is listed on the USGA guidelines regarding Open qualifying:

If a player fails to return a score within 12 strokes of the USGA Course Rating, future entries for a U.S. Open Championship may be declined if documentation is not provided demonstrating that the player is capable of competing at the national championship level.

@GolfweekRingler he was wearing pleated cotton khakis. It was 90 degrees. In Alabama