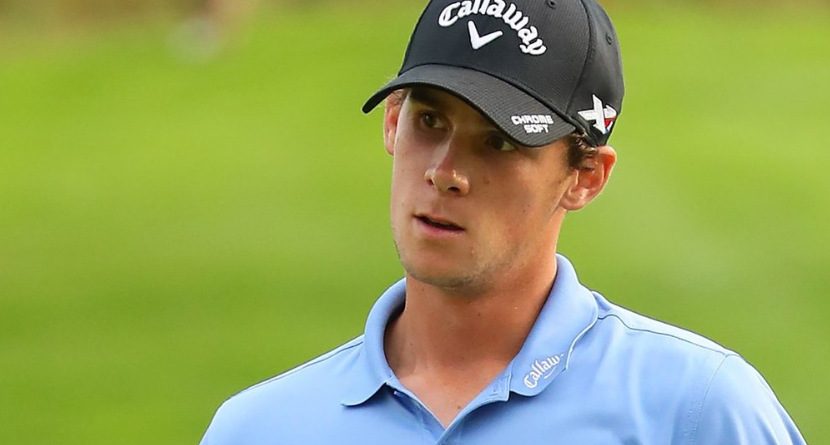 European Tour rising star and Ryder Cup rookie Thomas Pieters was forced to withdraw from the KLM Open after being stung by a bee earlier in the week.

The 24 year-old Belgian bomber is ranked 41st in the world and was set to defend his title in the Netherlands, but while playing in some sort of “golf challenge” he was stung, setting off an allergic reaction.

“The very unfortunate worst case scenario just happened,” Pieters posted on social media. “One bee sting on Monday during the golf challenge against Joost Luiten, led to a major allergic reaction with flu symptoms and forced me to pull out of my favorite tournament of the year, the KLM Open.”

This is a new one. Usually players who withdraw form an event cite fairly standard issues such as an injury — or in the Olympics’ case, Zika — but a bee sting? That’s something you’d expect Jason Day to cite.

I’m no doctor, but I’m going to give Pieters the benefit of the doubt here because it does seem that it escalated into something much worse. Allergic reactions are no joke.