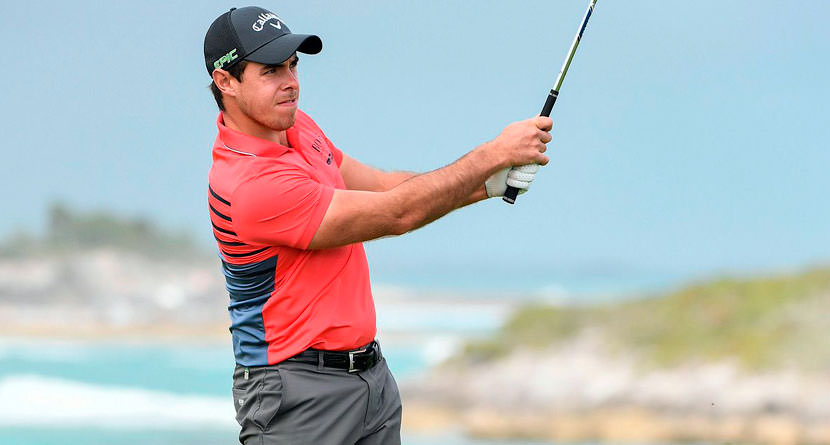 Golfers of every skill level have “one of those days,” but for Web.com Tour and former University of Central Florida All-American Greg Eason, he had two of those days back-to-back. Playing in the  Tour’s season-opener, The Bahamas Grand Exuma Classic, Eason fired rounds of 91-95 to miss the highest cut line in Web.com Tour history by 31 strokes, a number that was one lower than the number of balls he allegedly lost.

Despite his 42-over par mark in the two rounds, he at least completed what he came to do, something five others at the bottom of the leaderboard can’t say. The brutal conditions resulted in anyone having bested 12-over par through the first two days a spot in the final two rounds.

Kyle Thompson emerged as the victor despite having some struggles of his own along the way.

But he made only two bogeys.

The win was Thompson’s fifth on the circuit.

We weren’t sure anyone would finish under par @BahamasWebTour