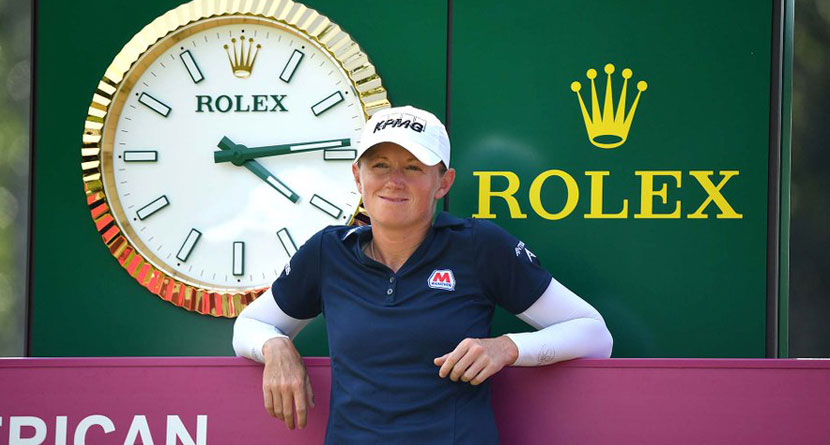 Slow play in professional golf is nothing new, but hopefully, the trend is reaching a tipping point this week at the LPGA Tour’s Evian Championship.

While Lexi Thompson clearly wasn’t thrilled with course conditions, Stacy Lewis pointed out that the pace of play is also causing some issues.


Following the two-time major champion’s 2-under par opening round, she posted on Twitter that it took her and her playing partners nearly six hours to play their round.

I will never understand 5 hours and 50 minutes to play a round of golf! It’s not fun for us as players, can’t be fun to watch!

“I will never understand 5 hours and 50 minutes to play a round of golf!” she wrote. “It’s not fun for us as players, can’t be fun to watch!”

Other players chimed in, including first-round leader Paula Creamer.

While some players in the field, including Welsh professional Becky Morgan, openly wondered who was to blame, the pace of play issue was not enough for rules officials to dole out any penalties.

As it is, the pace seems to be something that Lewis and the rest of the field simply need to grin and bear. It doesn’t appear to be effecting Hyo Joo Kim or Sung Hyun Park who enter Sunday’s final round a few shots clear of the chasers further down the leaderboard.

Lewis came into Sunday’s final round 16 shots back of Kim, while Creamer was only slightly better at even par for the tournament.