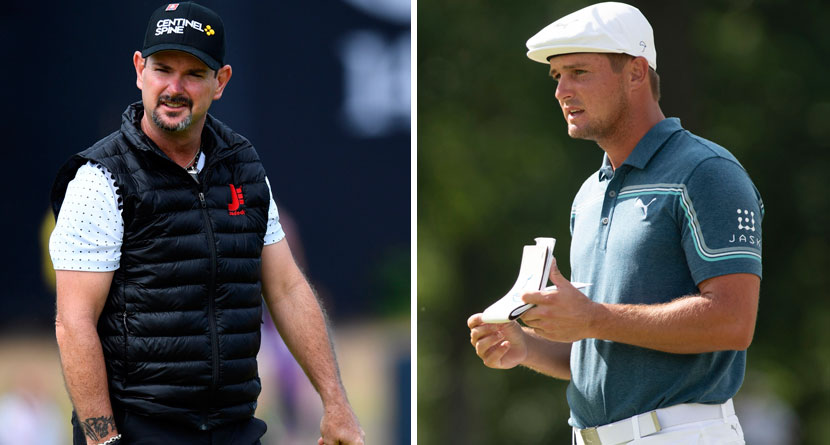 The NBA is known for what its fans like to call “petty wars” — players and teams take not-so-subtle jabs at their rivals and competitors — but there’s plenty of pettiness to go around on the PGA Tour.

After all, as individual contractors primarily looking out for No. 1, there’s not much loyalty that needs to be shown by golf’s biggest stars with the exception, perhaps, of a few made-for-television sponsors obligations. Give some Tour pros anonymity, and there’s no shortage of interesting tidbits that can be gleaned.

That’s exactly what Golf Magazine does every fall, and last month at the Safeway Open, they wrangled up 52 players and asked them 46 questions over the course of two days at the Silverado Resort. Among the players polled, there were 30 Tour winners, three major winners and 15 players who have made a Ryder Cup or Presidents Cup team, which by looking at the Safeway field can shed some light on a handful of possible respondents.

With the full results of the survey to be published this week, Golf.com released a tasty morsel to fans in the form of the respondents’ favorite and least-favorite playing partners on Tour.

Not surprisingly, “anyone who plays fast” was a top vote-getter coming in at 7%, but even more popular was Kevin Kisner (9%), a quick player in his own right, but also one many fans and players have come to know and love for his matter-of-fact outlook and agreeable personality. Charles Howell III and Harold Varner III each picked up 7% of the vote as well.

When it comes to the opposite — guys pros hate to see their names next to on the tee sheet or in the text message the Tour sends out with their pairings — were a few names you likely recognize.

Naturally, more than a quarter of pros (26%) played it safe by answering “anyone who plays slowly,” but for those who took advantage of the anonymity, it wasn’t a ringing endorsement of Bryson DeChambeau or Rory Sabbatini, who both were named as the least-favorite playing partners at a damning rate of 21%.

DeChambeau’s analytical and methodical approach has rubbed players the wrong way in recent months with his pace of play becoming a constant talking point throughout the 2019 season. Despite repeated assertions that he isn’t as slow as he’s made out to be, it’s clear that his peers tend to disagree, and whether they like him off the course or not, they’d rather not play alongside him.

As for Sabbatini, the prickly South African-turned-Slovakian — a citizenship change he made in support of his Slovak wife last December — is best known for playing through his playing partner, noted slow player Ben Crane, during the 2005 Booz Allen Classic, and he has since routinely found himself on these least-liked players lists.

The complete survey will be released later this week, according to Golf.com.