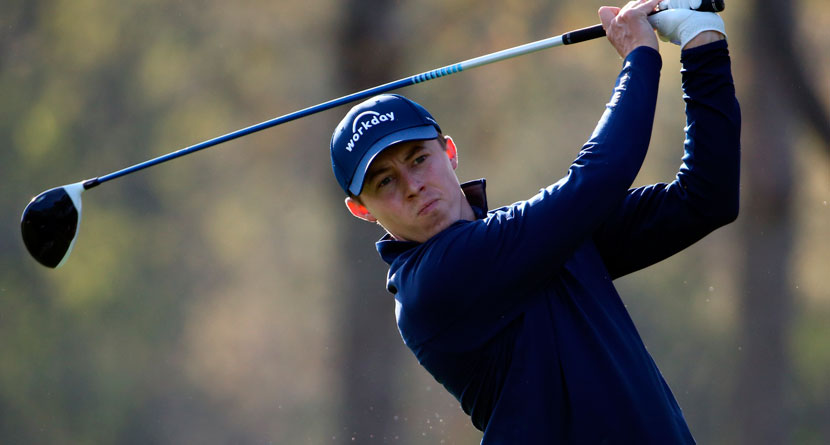 By nearly all accounts, the USGA acquitted themselves expertly in terms of their management and setup of the Pebble Beach Golf Links for this past week’s 119th U.S. Open.

Facing scrutiny from players, media and fans alike as well as operating underneath a microscope each day when they set the pins, John Bodenhamer, the USGA’s new senior managing director of championships, did his new job well enough that he was never a storyline this week.

USGA Responds To Players’ Criticisms Ahead Of U.S. Open

While the universal acclaim came from everyone from Phil Mickelson to Tiger Woods, there was one pro who wasn’t thrilled with the course setup: British pro Matthew Fitzpatrick.

One of the shortest, yet most accurate players on Tour, Fitzpatrick felt that the setup wasn’t hard enough. Despite a Sunday round of 3-under par 68 that moved him into a tie for 12th place, Fitzpatrick believes a score like that should result in a massive move up the leaderboard at the U.S. Open.

“I’m just one of those psychos, I wish it’d been set up a little harder.”

Matthew Fitzpatrick wanted a tougher setup at Pebble Beach. What about you? https://t.co/pPh8TasjnM pic.twitter.com/YpXjI5cRQ2

“I’m just one of those psychos, I wish it’d been set up a little harder,” Fitzpatrick said of Pebble Beach. “I’m 3-under. I think I got 3-under after 11 for the day. I’m looking at all the scores, and you got like 3-under through 5, 4-under, 5-under, you know.

“Unfortunately, I just think I’d rather see it the other way. A real good 3-under moves you up. Jim Furyk shot even par at U.S. Open and lost ground. So, yeah, I just wish it was maybe a lot tougher today.”

The 24-year-old Fitzpatrick was playing in his fifth U.S. Open. He’s made the cut in every edition he’s played in, including winning low amateur in 2014 at Pinehurst.

The T-12 he notched at Pebble Beach ties his finish last year at Shinnecock for his best finish at a U.S. Open.